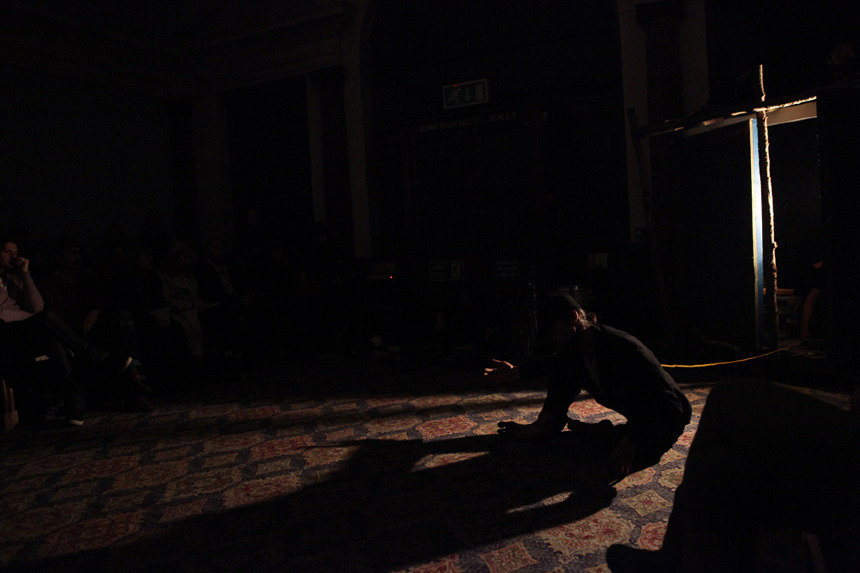 NISSA NISHIKAWA was Artist in Residence at Swedenborg House in 2010. She studied Fine Arts at Concordia University in Montreal, Quebec and Stage Art at the Royal Academy of Dramatic Art, London. She also holds an MA in Theatre from Goldsmiths University, London. From 2004 to 2007 she trained in Yamanashi, Japan with dancers Min Tanaka and Shiho Ishihara. Nissa Nishikawa lives and works in London.

At the close of Nissa’s Residency, she presented Rite of Augury, a performance centred on the ideas of Emanuel Swedenborg. Incorporating music, dance and sculpture, a collective of international artists responded to Swedenborg’s perception of the world in parallels, becoming psychopomps in the act of theatre. Artists involved were Nissa Nishikawa, Junya Ishii, Eniko Buday, Jonathan Bonnici, Bruno Humberto and Rob Drugan.

Music was performed live by BO NINGEN, an acoustic psychedelic outfit from Japan—now one of the most exciting bands to emerge from the underground London scene, as asserted by Mojo Magazine (2010): ‘Cosmic lullaby and chant from East Enlightenment activists. It’s hard to imagine anyone nodding off to Bo Ningen. They’re fantastically energetic, often brain-crushingly heavy, and quite probably the most exciting young band in London right now’.

This performance will form part of the Bloomsbury Festival, a cross-cultural event organized by Hidden Cities and supported by the Wellcome Trust, UCL, the School of Advanced Study, Camden Council, Bloomsbury Colleges, Arts Council England and The British Museum.

Images and video footage of the performance can be found on the artist’s website.