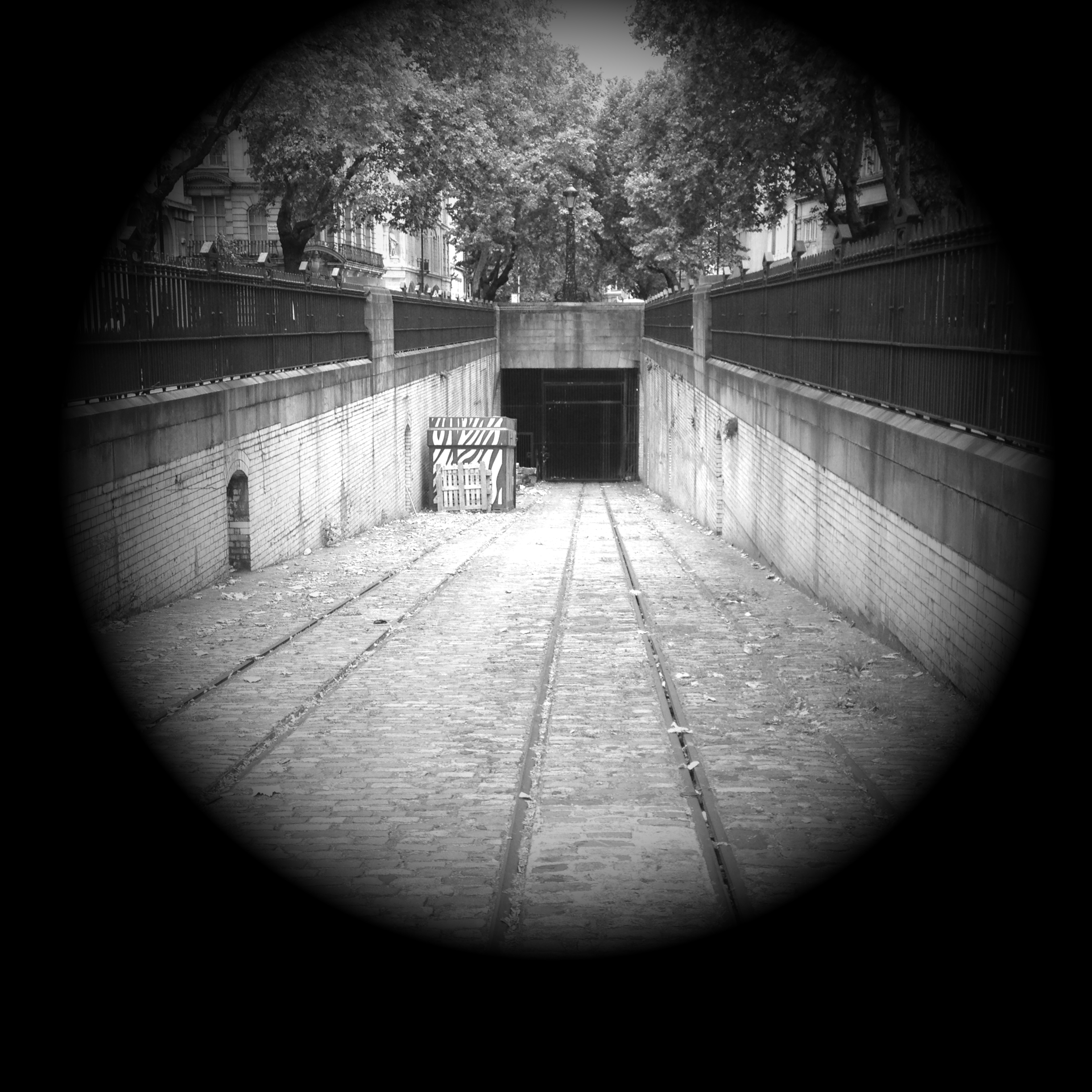 I think, even for those well versed in Swedenborg, if one takes a step back from one’s familiarity, THE LAST JUDGMENT (POSTHUMOUS) can sound like a confusing or even perplexing title. Just what does ‘Last Judgment (Posthumous)’ mean? Would not a last judgment happen to the dead anyway—so is a posthumous last judgment something that happens even later in one’s (or humanity’s) deceased condition? Or is this Swedenborg writing from another state? He is famously known to have experienced and described his travels into the afterlife—is this book somehow reported from those excursions, as opposed to being written down after he has returned from such spiritual voyages? Or was this book somehow written after Swedenborg died, after 29 March 1772?!

Swedenborg was a significant figure (one might almost call him a ‘fountainhead’ or a ‘vindicatory’ figure) in the spiritualist movement that first arose in America in the mid-nineteenth century, and there are various reports of mediums claiming to channel him in seances. Indeed, Andrew Jackson Davis, the ‘Poughkeepsie Seer’, one of the leading figures in American spiritualism, wrote of Swedenborg being one of his two guides from the spirit world (his other guide was the Greek physician Galen). Is this book from such a source?

Going further down this route, it has even been claimed that Swedenborg gave a lecture in Chicago on the evening of Sunday 7 July 1878, one hundred and six years after his death, delivered through the medium Cora L V Richmond, and later published as The Pathway of Angels: A Lecture by Spirit Emanuel Swedenborg (Boston, 1881). And there are plenty of other books, besides, that are said to have been authored by the spirits of famous dead writers: the Post-Mortem Journal of T E Lawrence, written by automatic writing through the medium Jane Sherwood; Psychic Messages from Oscar Wilde, collected by Hester Travers Smith from automatic writing and Ouija boards; Shakespeare’s Revelations dictated through Sarah Taylor Shatford; Mark Twain’s Jap Herron, a novel written through an Ouija board; Percy Bysshe Shelley’s The Fortune of Eternity, written through the clairaudience of Shirley Carson Jenney. Is THE LAST JUDGMENT (POSTHUMOUS) another such in a long line of books dictated by the spirits of dead authors? And if it is, does that make a difference, for, after all, aren’t all books a form of mediumship, our primary way of conversing with voices from the past, voices from beyond? 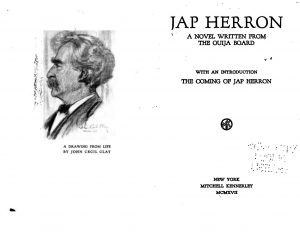 Well, the more prosaic truth is that this book was an unpublished and untitled manuscript of Swedenborg’s written c. 1759-62, but not appearing in print until long after Swedenborg’s death. The subject of the manuscript is the same as two of Swedenborg’s published works, The Last Judgment (1758) and Continuation on the Last Judgment (1763), so when editors and translators have dealt with this manuscript, they have supplied titles to differentiate it from those two works, and, in English translation, this has included adding the parenthetical epithet ‘(posthumous)’ .

It is a much (and unfairly) overlooked work of Swedenborg, even by scholars, some classifying it as part of Swedenborg’s Spiritual Diary, others seeing it as a draft for the published Continuation on the Last Judgment (1763). In truth, it probably falls somewhere in between, being a manuscript that draws upon material contained in later entries of the Spiritual Diary, and one that was compiled in preparation for the writing and publishing of Continuation on the Last Judgment. But there is much unique material within it that differs from both of those two other works.

THE LAST JUDGMENT (POSTHUMOUS) has only ever been published once as a book in its own right, and that is the edition I have selected here from 1934, translated by John Whitehead and published by the Swedenborg Society.

It is a book that has one of the best opening lines in literature, Swedenborg immediately catapulting the reader into the surreal-seeming mechanics and topography of the world of spirits: ‘The English appear a little to the right, in front, in a plane just above the head’. And Swedenborg, in this work, goes on to describe (for want of better terminology) plenty of the ‘more concrete’ aspects of the spiritual world. There are reports of conversations with historical figures such as the philosophers Leibniz and Christian Wolff; the theologians Luther, Zinzendorf, William Penn and Melanchthon; and even a long discussion with Isaac Newton on colours and vacuums. And there are reports on how different nationalities and faith groups live and behave in the spiritual world.

As a Londoner, I have always found intriguing Swedenborg’s descriptions of there being a London in the world of spirits. Indeed, there may be more than one London, as Swedenborg says at one point, ‘there is also another London below’ and that ‘This is in the world of spirits, it is different in heaven, and different in hell’. In describing one of these Londons, he says that ‘the city, in the middle where the evil dwell, sinks down by turns into the deep; and the evil are thus cast down into hell’ (§12). Correlating this with what he says later on in the book, that, ‘the middle street of [London] answers to Holborn’ (§268), I have often wondered whether this portal to hell would equate to where the entrance to the disused Kingsway tram tunnel is, not far from Swedenborg House! 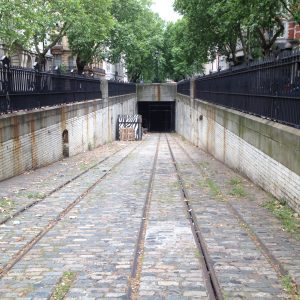 For those not too familiar with Swedenborg, I should make clear that the ‘Last Judgment’ that forms the main subject of this book is seemingly a process that Swedenborg witnesses as happening over several years, reaching its peak in 1757, and is a process that is occurring not on earth, or anywhere in the physical universe, but in the world of spirits, a domain that is a kind of purgatorial midway stopping point for the newly deceased before they choose their ultimate destination of heaven or hell. ‘Last Judgments’ have in fact taken place several times in the spiritual world throughout the history of earthly humanity.

Swedenborg’s descriptions of the last judgment are, as expected, quite apocalyptic in places, ‘I then saw the whole northern valley even to the mountains there torn to its foundations, and all who were there, scattered, and then there appeared in that place as it were a smokiness’ (§128), as he reports on what seems to be a rather systematic clearing of the decks of this midway world of spirits that has become over-infested with evil spirits outstaying their welcome. It can be grim, but extremely fascinating reading, Swedenborg describing scenes and procedures of devastation carried out with a rather detached and political inevitability that remind me of films such as Richard Kelly’s underrated The Box (2009), where an absent alien (or angelic?) people start to carry out fatal experiments on human morality; or the ruthless purge of replicants in Ridley Scott’s Bladerunner and its sequel Bladerunner 2049. 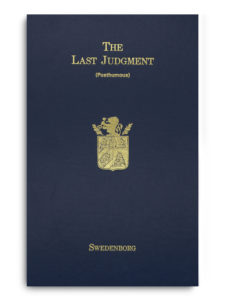