This essay, originally published in 1850, is a striking introduction to Swedenborg, steeped in the philosophy of its famous author. The great American moral philosopher, writer and poet Ralph Waldo Emerson composed this work as part of his book, Representative Men (1850) thus placing Swedenborg ‘or, the Mystic’ alongside other great men of genius, including Montaigne and Shakespeare. This remains an essential text for the study of Swedenborg. Indeed, this short work casts a sharp critical eye over the central tenets of Swedenborg’s philosophy; Emerson examines the dynamic relationship between Swedenborg’s mysticism and his scientific ways of reasoning. Introducing the Mystic also bears witness to Swedenborg’s formative influence on American religious philosophy. A friend of Henry James Sr and the founder of the Transcendentalist Movement in America, Emerson believed, like Swedenborg, that there is a divine unity of all things.

This new revised edition contains an introduction by Stephen McNeilly, a glossary of key terms, editorial endnotes and a comprehensive index. It is also the first in a series of texts looking at Swedenborg’s impact on the history of literature. Beautifully designed, it is an essential read for anyone interested in Emerson’s views on mysticism, and his subsquent influence on writers as diverse as August Strindberg and Jorge Luis Borges. 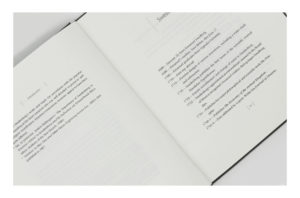 Swedenborg: Introducing the Mystic by Ralph Waldo Emerson (2010) is available as an ebook. Purchase for Kindle, or as an epub from the Swedenborg Foundation website.

Be the first to review “SWEDENBORG: INTRODUCING THE MYSTIC” Cancel reply