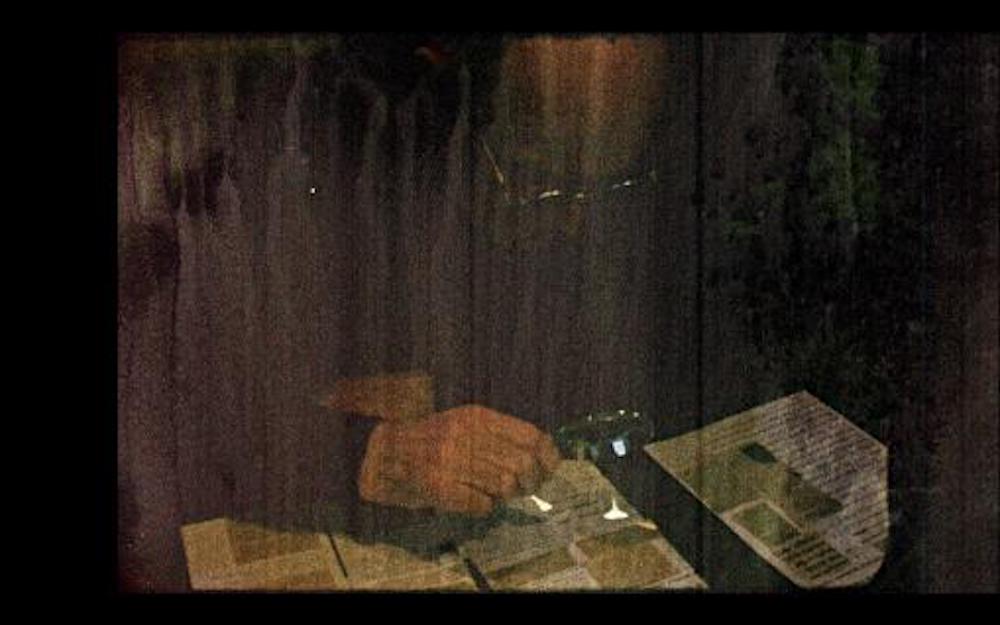 Iain Sinclair and Brian Catling continue their staggered and staggering series of performances at the Swedenborg Society on the occasion of the publication of Iain’s new volume of poetry, Seeschlange, published by Equipage.

Iain and Brian first performed at the Society during its bicentenary year of 2010, their show the highlight of a range of events that were linked to the Society’s exhibition Swedenborg House: Fourteen Interventions. Iain had selected nine objects from the Society’s archives and environs for display during the exhibition and many of them have remained as haunting permanent installations. The mesmeric performance, on the evening of 1 March 2010, concluded with Brian ingesting a roll of film that Iain had used during the night to take pictures of the hall and audience; somehow the film survived digestion and some of the resultant pictures emerged two years later in the publication of Iain and Brian’s Several Clouds Colliding. The launch for Several Clouds Colliding gave rise to a second performance, one of reconstruction and reflection.

Four years on, the captivating cycle resumes, including readings from Seeschlange and a presentation of extracts from Palermo, an ongoing film collaboration between Brian Catling & Tony Grisoni that emerged from their time spent in the catacombs of Sicily.

IAIN SINCLAIR is a writer, poet and film-maker known as a chronicler and critic of ever-changing contemporary London. His works include Downriver (winner of the 1992 James Tait Black Memorial Prize), London Orbital, Hackney, That Rose-Red Empire and American Smoke. With the Swedenborg Society he has published Blake’s London (2011), Swimming to Heaven (2013) and, with Brian Catling, co-published with Bookworks, Several Clouds Colliding (2012).

BRIAN CATLING is an artist and poet, whose works include The Stumbling Block (1990), Scroll(1994), The Blindings (1995) and The Vorrh (2015). He is Professor of Fine Art at the Ruskin School of Art, University of Oxford and has performed and exhibited at numerous galleries and venues, including the Serpentine, the ICA and Matt’s Gallery.