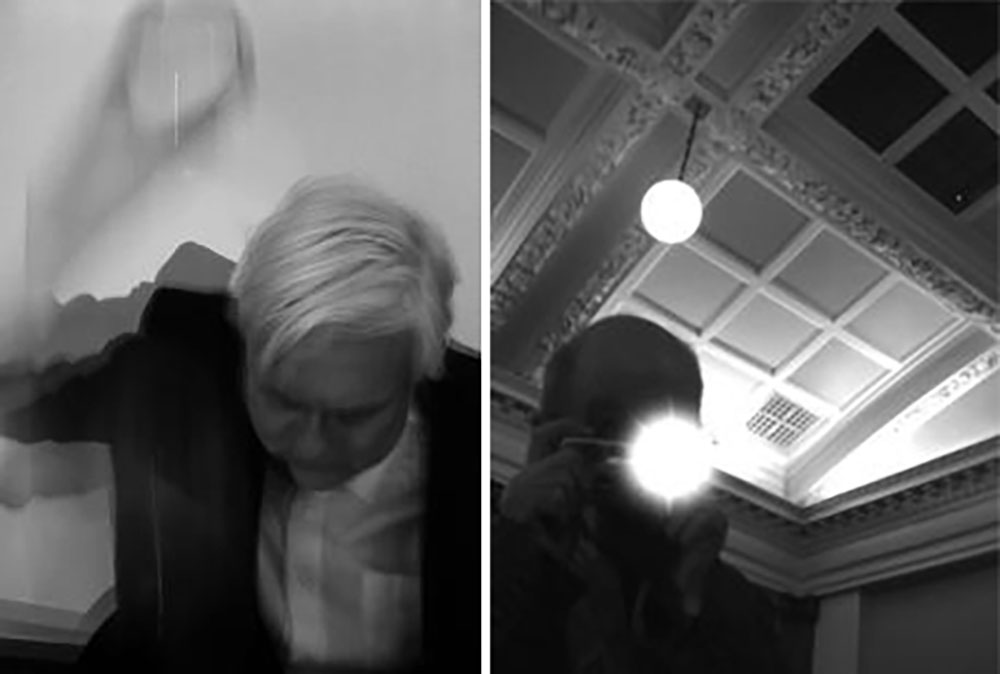 SEVERAL CLOUDS COLLIDING (Swedenborg Archive/Book Works, 2012) will be launched at Swendenborg House on 19 July 2012, accompanied by a new performance by IAIN SINCLAIR and BRIAN CATLING.

Copies of Several Clouds Colliding will be available for purchase (at a discounted price) and signing by the authors.

BRIAN CATLING is an artist and poet, whose works include Scroll (1994), The Stumbling Block(1990), and The Blindings (1995) published by Book Works. He is Professor of Fine Art, at the Ruskin, University of Oxford and has performed and exhibited at numerous galleries and venues including the Serpentine, the ICA, and Matt’s Gallery.

IAIN SINCLAIR is a writer of many works that range from the Kodak Mantra Diaries: Allen Ginsberg in London (1970), to the recent Hackney, That Rose-Red Empire (2010) and Ghost Milk: Calling Time on the Grand Project (2011). He has recently published Blake’s London: the Topographic Sublime, with the Swedenborg Society (2011).

Iain Sinclair and Brian Catling reconstruct and reflect on the extraordinary events surrounding an exhibition and performance at Swedenborg House on 17 February 2010, in this series of commentaries, short essays, documentary material and images drawn from the Swedenborg Society Archive.

Moving between visions and taverns, voyages and wicker baskets, the annotations of Coleridge and a group photo of Society members dated 1910, the author-performers reveal a secret history of Swedenborg, of London and near forgotten ideas, through the Society’s library, archive and the dimming stillness of its vast collection of glass lantern slides.

The book’s order of content reflects the chronological sequence of events in the 2010 performance, using the nine items now listed in Section J/78 of the Swedenborg Society archive. Three items remain missing: a broken instamatic camera, (smashed), a crystal ball (used as a hammer) and a roll of 35mm film (eaten).

SEVERAL CLOUDS COLLIDING is co-published by the Swedenborg Archive and Book Works, as part of Co-series No.2. It is edited by Stephen McNeilly and printed in an edition of 1600, in hardcover, with blind blocking on front cover, and numerous b/w and colour images throughout. The artwork and design are by Stephen McNeilly and James Brook, with additional photographs by Anonymous Bosch.

In Association with Book Works.