View basket “ARCANA COELESTIA INDEXES” has been added to your basket.

The important 3rd Latin edition of Arcana Caelestia published between 1949-1973 utilizing and including variants from the extant manuscripts. 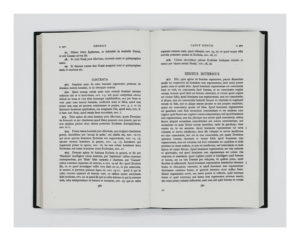 JOHN ELLIOTT, a graduate of the University of London in Medieval and Modern History, has been an ordained minister of the General Conference of the New Church (Swedenborgian) for 56 years. Since joining the Swedenborg Society’s Advisory and Revision Board in 1955, he has worked as masterful editor and translator of Swedenborg’s religious works.  He edited volumes 6-8 of the third Latin edition of Arcana Caelestia, before going on to translate all eight Latin volumes (amounting to twelve volumes in English translation) of that magnum opus. After the publication in 1999 of the final volume of this translation, John was honoured for his work by the King of Sweden, who made him a member of the Royal Order of the Polar Star. Since then he has transcribed and edited Swedenborg’s own indexes of Arcana Coelestia, and he has also edited the five small Latin works that were published by Swedenborg in 1758.

Be the first to review “ARCANA CAELESTIA” Cancel reply