The Coronis was planned as an appendix volume to The True Christian Religion, elaborating on certain points that Swedenborg could only touch on in that larger work, such as the four ages (or ‘churches’ as he calls them) of civilization on earth, and the heralding of the fifth age, the new church. It seems unlikely that Swedenborg completed Coronis in anything other than a sketched form, but we will never know as the manuscript of the work has been lost and all subsequent editions have derived from partial, handwritten copies. This edition includes an Index of Scripture References and is accompanied by translations of two of Swedenborg’s other sketches: Consummation of the Age and Invitation to the New Church. 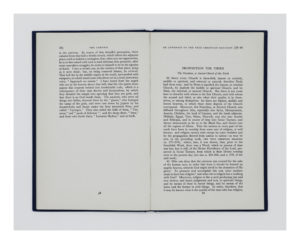 Be the first to review “THE CORONIS” Cancel reply