View basket “A LEXICON TO THE LATIN TEXT OF THE THEOLOGICAL WRITINGS OF EMANUEL SWEDENBORG (1688-1772)” has been added to your basket.

SWEDENBORG AND HIS READERS

Series: Journal of the Swedenborg Society

Internationally renowned in the field of Philology—having deciphered (along with Michael Ventris) an ancient Mycean dialect known as Linear B—Dr Chadwick turns his attention to Swedenborg and the art of translation. Written over a period of twelve years, these essays offer an ideal introduction for those seeking a clearer understanding of Swedenborg’s work and the historical context in which they were written. 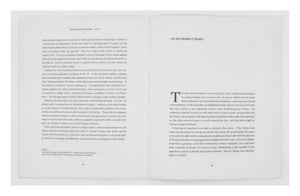 Be the first to review “SWEDENBORG AND HIS READERS” Cancel reply