LIFE IN ANIMALS AND PLANTS

In this short book, extracted from his larger Apocalypse Explained, Swedenborg addresses the relationship between science, biology and metaphysics. He describes how the ideas of the infinite and eternal are contained in all forms of life, i.e., in plants, animals and mankind; and that the principles of creation are spiritual rather than material. 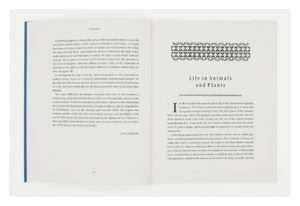