The legacy of the Enlightenment philosopher, scientist and mystic Emanuel Swedenborg (1688-1772) is vast, but still underappreciated. Swedenborg’s thought permeated 19th-century literature, art and social reform movements, and his work was a common influence amongst a disparate array of pioneering scholars, theologians and writers who sought to reveal the congruencies between the Eastern religions of Hinduism and Buddhism, and the prevailing Christian ideology of the West. In Distant Voices: Sketches of a Swedenborgian World View, John Haller goes a long way towards redressing the balance, highlighting Swedenborg’s discreet and dignified presence in the lives and works of some dozen charismatic thinkers whose own impact has been significant and far-reaching (even if they themselves have sometimes drifted out of the public consciousness). In a series of well-crafted chapters and a retrospective, Haller takes us from the mid-19th-century worlds of Henry James, Sr, R W Emerson and Charles Fourier through to the 1960s era of counterculture that D T Suzuki helped shape and saw out his life in. Each chapter can be read as a self-contained essay; together they form a group of biographical and critical appraisals (and reappraisals) in which the subjects are linked together by their use of Swedenborg, their interest in Oriental beliefs and their desire for the betterment of society. 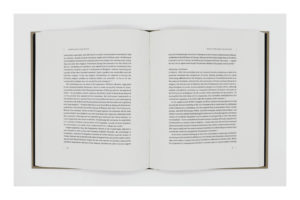 For an extended interview with John S Haller, Jr visit the Society’s blog.

DEVIN ZUBER is an associate professor of American Studies, Religion, and Literature at the Graduate Theological Union (GTU) in Berkeley, California. His research is focused on the nineteenth-century cultural reception of the Scandinavian scientist-turned-mystic, Emanuel Swedenborg (1688–1772). His recent publications include, A Language of Things: Swedenborg and the American Environmental Imagination (UVA Press, 2019) and Blake and Swedenborg: An Anthology of Critical Essays (Swedenborg Foundation, 2016). In 2017 he was involved in the Swedenborg and the Arts conference held at Bryn Athyn College, PA, where he delivered his paper, ‘William Blake and His Circles’.