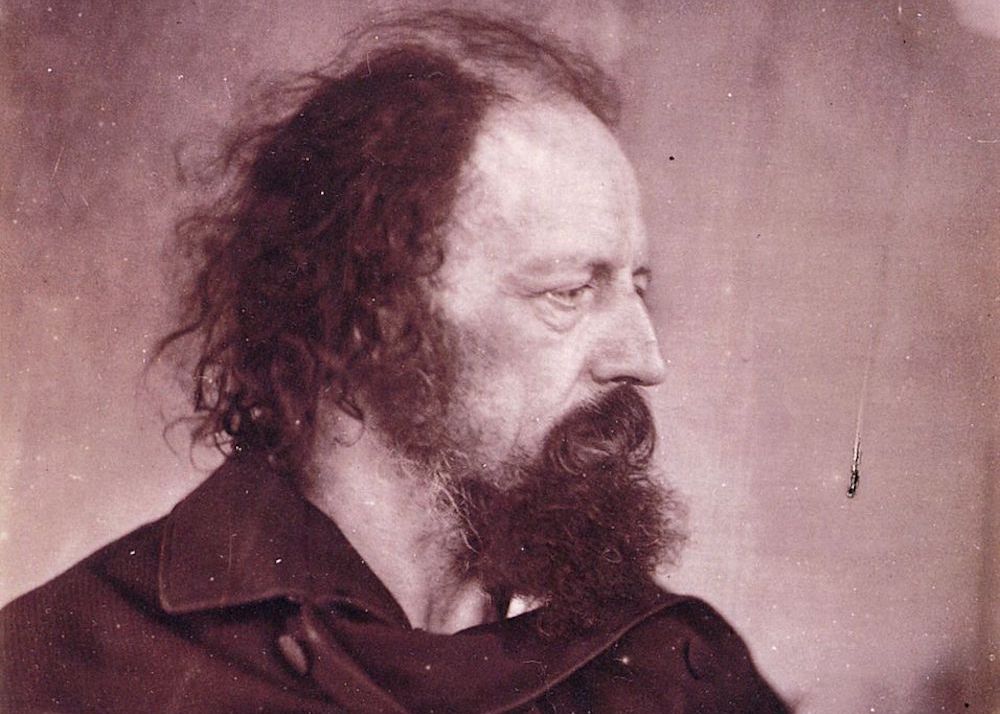 To coincide with the exhibition Swedenborg and the English Romantics: items from the Swedenborg Collection, Sibylle Erle will be giving an in-depth talk on Tennyson, Blake and Swedenborg. The talk will last for 45 mins followed by a Q&A and drinks and snacks.

Tennyson had a life-long affinity with the great, Swedish mystic Emanuel Swedenborg. He was an incessant reader, as his wife Emily’s journal testifies, and he liked to ponder the reality of the spiritual world with his family and friends. In 1874, Tennyson wrote to Benjamin Paul Blood (1832-1919), confessing to his own visionary experiences: ‘ “a kind of waking trance” (this for lack of a better word) I frequently had quite up from boyhood when I have been alone. This has often come upon me through repeating my own name to myself silently’. Tennyson, it appears, was open-minded and perhaps unconventional in his personal beliefs about the relationship between the dead and the living; he wanted to be convinced of the immortality of the soul but also had his doubts. He joined the Metaphysical Society but also turned to a little girl: ‘if you saw your father’s and mother’s bones […] lying in the grave […] Would you feel they were there? That that was all? Think!’

How could one cope with the absence of a dead loved one? Tennyson, of course, explores this question in In Memoriam (1850), written after the early and unexpected death of his close friend Arthur Hallam (1811-33). In this elegy, he sounds out the emotional impact of his loss but also transcends it whenever he considers the possibility that Hallam still exists.

Tennyson’s interest in Swedenborg and belief in spirit communication really needs to be considered as a family matter rather than just as an influence on his poetry. We know that he had long conversations with his eldest brother Frederick as well as his sisters Mary (Ker) and Emily (Tennyson Jesse), Hallam’s widowed fiancée. Tennyson could also rely on his friends William Allingham (1824-89), Coventry Patmore (1823-96) and Thomas Carlyle (1795-1881) who were avid readers of Swedenborg. Indeed, the network of readers of Swedenborg is complex and it also includes Robert and Elizabeth Barrett Browning and Dante Gabriel Rossetti. All of them knew the Swedenborgian James John Garth Wilkinson, who had published William Blake’s Songs of Innocence and of Experience (1839), as well as a biography of Swedenborg in 1847. Another work with a Swedenborgian tinge is Blake’s Illustrations of the Book of Job (1826), presented to Tennyson by Benjamin Jowett (1817-93) in 1856. This paper argues that Tennyson’s interest in Swedenborg was channelled through Blake’s early nineteenth-century reception.

SIBYLLE ERLE, FRSA, is Reader in English Literature at Bishop Grosseteste University in Lincoln. She is the author of Blake, Lavater and Physiognomy (Legenda, 2010) and chapters and articles on Blake, Fuseli, Lavater, Tennyson, Ludwig Meidner and Frankenstein. She co-curated with Philippa Simpson the display ‘Blake and Physiognomy’ (2010-11) at Tate Britain, co-edited (and contributed to) with Laurie Garrison the special issue Science, Technology and the Senses (RaVoN, 2008) and co-edited with Laurie Garrison, Verity Hunt, Phoebe Putnam and Peter West, Panoramas, 1787-1900: Texts and Contexts, 5 vols (Pickering & Chatto, 2012). She is co-editing with Morton D. Paley The Reception of William Blake in Europe (Bloomsbury, 2019). Apart from reception, her current research projects are on monsters and monstrosity as well as character in the Romantic period.