SWEDENBORG, LITERATURE AND THE IMAGINAL 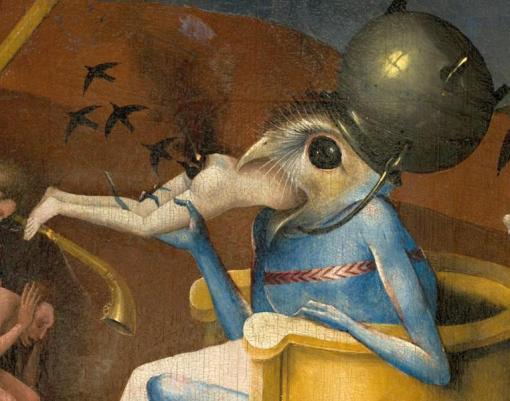 EVENT: SWEDENBORG, LITERATURE AND THE IMAGINAL

a series of seminars led by Dr William Rowlandson

As part of its ongoing commitment to free education and educational resources, the Swedenborg Society is pleased to announce a new programme of weekly evening seminars.

Running throughout June on Monday evenings, the first series of 4 seminars on ‘Swedenborg, Literature and the Imaginal’ will be led by Dr William Rowlandson of the University of Kent. Chiefly drawing on Swedenborg’s presence in Latin American Literature, they will investigate the peculiar interrelationship of fiction and non-fiction as a means of exploring the imaginal.

The classes will be held at Swedenborg House in the Society’s beautiful boardroom and library space, the David Wynter Room, and they will follow a seminar format of a 40-minute presentation, followed by a short intermission, and then a workshop and discussion session.

Places are limited and registration is for the 4-seminar series as a whole. (Bookings for individual classes may be considered on request to info@swedenborg.org.uk)

WILLIAM ROWLANDSON is Senior Lecturer in Hispanic Studies at the University of Kent. He is the author of Imaginal Landscapes: reflections on the mystical visions of Jorge Luis Borges and Emanuel Swedenborg (Swedenborg Society, 2015) and Borges, Swedenborg and Mysticism (Peter Lang, 2013) and has published widely on Latin American cultural and political history including the history of Guantánamo Bay and Cuba during the War on Terror. He has written for the Guardian and has also recently edited Daimonic Imagination: Uncanny Intelligence with Angela Voss (Cambridge Scholars Publishing, 2013). For more about William, visit his website https://williamrowlandson.wordpress.com.

These classes are free, but please register via the eventbrite page here:

Places are limited and registration is for the 4-seminar series as a whole. Bookings for individual classes may be considered on request to info@swedenborg.org.uk.

week 1 ‘So what is the Imaginal anyway?’

The word Imaginal was coined by Frederic Myers in the late 19th century to designate the interplay of matter and mind in the psychic phenomena he investigated. The term took on new meaning with Henry Corbin’s exploration of Sufi mysticism and the works of Swedenborg to illustrate the intermediary world of visionary landscapes and spiritual encounters. Corbin was keen to distinguish the imaginary from the imaginal. ‘This is so’, he writes ‘because the current attitude is to oppose the real to the imaginary as though to the unreal, the utopian, as it is to confuse symbol with allegory, to confuse the exegesis of the spiritual sense with an allegorical interpretation’. A more recent scholar, Jeffrey Kripal, has stated simply ‘The imaginal is the imagination on steroids’. In this session we discuss the history of the term Imaginal, exploring Myers, Jung, Corbin, James Hillman and Kripal, illustrated by certain key readings.

Argentine poet, essayist and short story writer Jorge Luis Borges dedicated his life to exploring what he called ‘the interstices of unreason’ in the fabric of reality. In this session we will consider certain texts of Borges that illustrate the strange interrelationship between author, narrator, character and reader in ways that blur the divisions between fiction and non-fiction, fantasy and reality.

week 3 ‘Praying for the souls of the fictional dead: Juan Rulfo’s Pedro Páramo’

What is our level of interaction with characters in fiction? We can hear them, but can they hear us? In this session we concentrate on the short and mysterious novel by Mexican author Juan Rulfo Pedro Páramo. The narrative follows disjointed dialogues between characters who, one by one, are revealed to be dead. What is the nature of this communication? Are they addressing us, the readers? What are we to do with them? How can we assist them in their endeavours to free themselves from the Swedenborg-like purgatory of their dusty dead Mexican village?

week 4 ‘Magical Realism: Can the real be magic? Can magic be real?’

Magical Realism is a term much loved by publishers and academics, especially following the bestselling successes of García Márquez, Isabel Allende, Salman Rushdie and Ben Okri. García Márquez, though, found the term problematic and restrictive, as it seemed to imply the unreality of his fictional narratives, whereas he claimed that he was simply presenting reality as he knew it, like his grandmother’s stories that he loved as a child and which he never took to be unbelievable. In this session we focus on certain key passages of key texts of this so-called genre and examine the tension of reality and unreality. We examine whether the matters that may be deemed ‘magical’ are clearly distinguished from the matters deemed ‘real’. Is such a division helpful or even possible? How would experiences in our lives fare against a binary of magical versus real?