THE SWEDENBORG FILM FESTIVAL is now open for submissions. To apply, click on the FilmFreeway icon here

The Swedenborg Film Festival 2022 (SFF2022) invites entries of new films of 20 minutes or less from emerging and established independent filmmakers. Now a landmark event in the UK film calendar, the SFF has received a huge response from thousands of filmmakers around the world and has gained a reputation for the quality and diversity of its programming.

In an expanded award format, prizes will be presented in several categories. There will also be a special ‘public vote’ award. Shortlisted films will be shown alongside invited screenings from established filmmakers.

“A fantastic festival with great communication. Their decision to show my film as a looped installation payed off brilliantly! Thanks again.”

The SFF supports all genres and encourages submissions that draw upon the diverse and radical traditions influenced by Emanuel Swedenborg (1688–1772). Artists, writers and filmmakers influenced by Swedenborg include William Blake, Charles Baudelaire, Hilma af Klint, Jorge Luis Borges, Ingmar Bergman and many others. Films featured previously in the SFF have explored ideas of transcendence and symbolism, and themes have ranged from social reform to psychogeography.

Shortlisted films for SFF2022 will be screened during a live event in our atmospheric neo-classical Hall (date TBC), where winners will be selected and announced by our guest judges Lindsay Seers & Keith Sargent. In addition to this the films will be available to watch online and open to a public vote.

“Excellent festival – honoured to be a part of the proceedings – many thanks for such a professional presentation.”

Swedenborg House is a fully inclusive not-for-profit publishing house, museum and cultural venue based in Bloomsbury, London. It hosts a diverse and lively programme of events. Featured speakers and artists have included Simon Armitage, A S Byatt, Brian Catling, Jeremy Deller, Deborah Levy, Iain Sinclair, Marina Warner and many others. 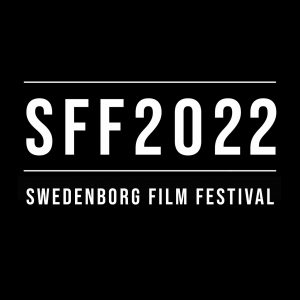