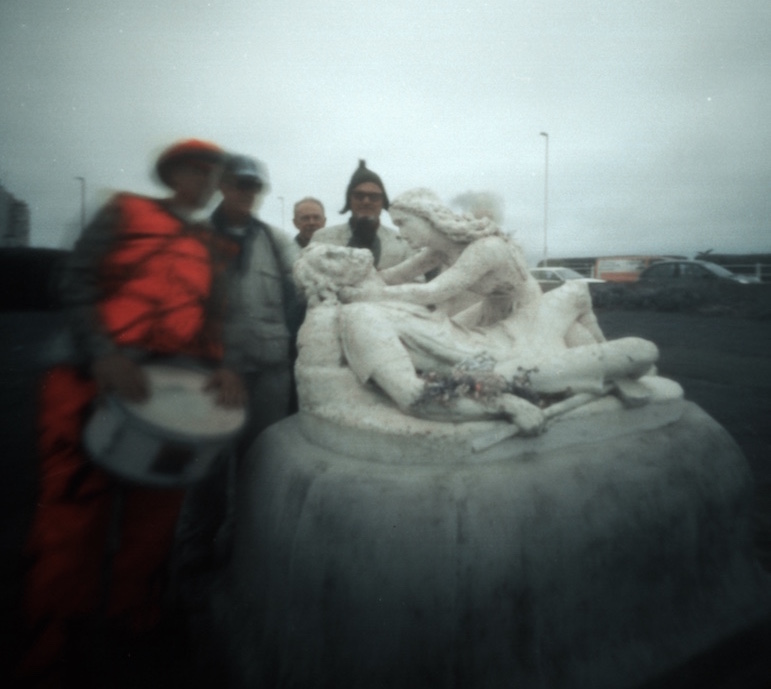 As part of the Swedenborg Film Festival Andrew Kötting will present the results of his latest project Edith in a London premiere.

EDITH WALKS is a 60-minute, 66-second feature film inspired by a walk taken from Waltham Abbey in Essex via Battle Abbey to St Leonards-on-Sea in East Sussex. The film documents a pilgrimage made in memory of Edith Swan Neck, the eleventh-century wife of King Harold II of England. Parts of King Harold’s body were brought to Waltham for burial near the High Altar after the Battle of Hastings in 1066, and his handfast wife Edith Swan Neck is seen cradling him in a remarkable sculpture at Grosvenor Gardens on the seafront in St Leonards. The film reconnects the lovers after 950 years of separation. The 108-mile journey is interspersed with conversation between Alan Moore, Iain Sinclair and Edith Swan Neck, all key elements in the unfolding of the ‘story’.

ANDREW KÖTTING is an acclaimed artist, writer and filmmaker whom we are delighted to have as guest judge for the SFF. Best known for the works Gallivant (1996), Ivul (2009), Swandown (2012) and By Our Selves (2015), Andrew’s films explore and retrace journeys—many taken around the British countryside—where tradition, myth and memory overlap. His twenty-five-year oeuvre to date has moved from early live-art inflected, often absurdist pieces, ripe with their own internal logics and skewed mythologies, through darkly comic shorts teasing out the melancholy surrealism at the heart of contemporary Englishness, to resolutely independent features that take landscape and journeys as the springboards for visually striking and structurally inventive enquiries into identity, belonging, history and notions of community.

Edith – The Chronicles is a full colour, 338-page bookwork of the journey and Edith – Field Recordings is a limited edition CD of sound recordings made during the walk. The book (£20.66) and CD (£10.66) will be available throughout the evening for signing at a reduced rate. Please turn over for more details.

Admission is free but capacity is limited.