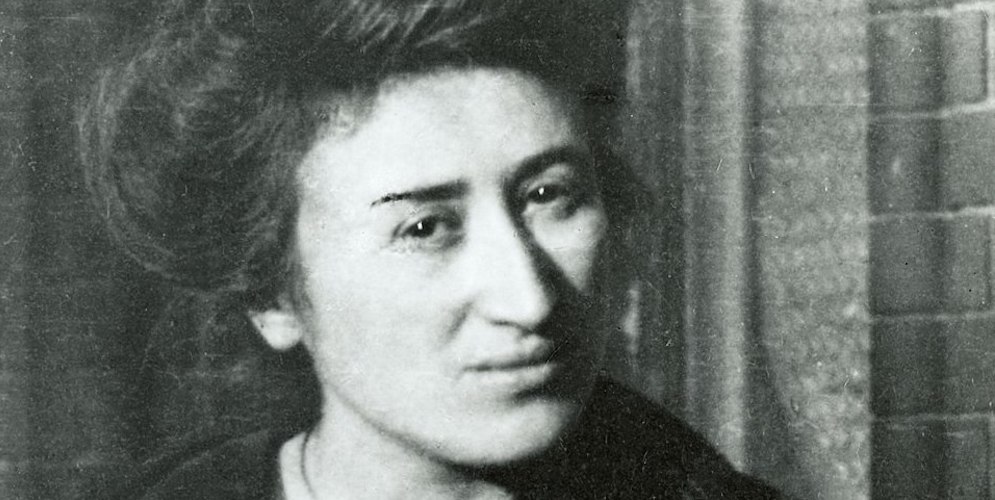 Read a review of the event by FOR BOOKS’ SAKE here

The Swedenborg Society is proud to be collaborating with Verso Books on a seminal event in the publishing calendar. On March 7, Verso Books will be launching The Letters of Rosa Luxemburg in Swedenborg Hall, following the 140th anniversary of the communist theorist’s birth. This new and comprehensive edition is a prelude to a series of new translations of The Complete Works of Rosa Luxemburg. Translated in partnership with the Rosa Luxemburg Foundation in Germany, the letters cover Luxemburg’s political and intellectual life and activities, right up to her tragic death in 1919. This edition provides the most powerful and moving introduction to Luxemburg as Marxist theorist and as an historical figure. Thus the Letters, the majority of which are translated into English for the first time, represent a considerable contribution towards the history of ideas in print.

The launch in Swedenborg Hall will feature a panel discussion, chaired by feminist psychoanalyst Susie Orbach, and featuring playwright David Edgar, editor Lea Haro and cultural historian Lesley Chamberlain. There will also be readings from the Letters, by special guest actress Harriet Walter.

Refreshments will be served. Admission is £5.00/£3.00 only and capacity is limited. Please RSVP to nora@swedenborg.org.uk.

ROSA LUXEMBURG (1871-1919) is widely regarded as one of the most creative writers of modern socialism and the foremost female theoretician of European radicalism. Her wide-ranging and incisive works, which include studies on capitalism’s inherent drive for global expansion, the relation between spontaneity and organization, and the inseparability of democracy and socialism, have made her an inspirational figure for theorists and activists around the world. Her fiercely independent intellect and uncompromising defense of human liberty speaks more powerfully to our era than to any other.

Intrepid, incorruptible, passionate and gentle. Imagine as you read between the lines of what she wrote, the expression of her eyes. She loved workers and birds. She danced with a limp. Everything about her fascinates and rings true. One of the immortals—John Berger

VERSO BOOKS is the largest independent, radical publishing house in the English-speaking world, publishing eighty books a year. It has offices in New York and London.

THE SWEDENBORG SOCIETY is a publishing house established in 1810, with the aim of translating Emanuel Swedenborg’s immense body of work into English and other languages; the society continues to publish his writing, and has extended its activities into biography and intellectual history, lectures, film screenings and art exhibitions. Its premises are in the heart of Bloomsbury, London.

EMANUEL SWEDENBORG (1688-1772) was a radical Swedish philosopher, scientist and theologian. His philosophy was not overtly political, but his radical works were a formative influence on the revolutionary ideas and aesthetics of William Blake, and on the politics of the Christian Socialists. Swedenborg’s idea of heaven, as described in his seminal work Heaven and Hell (1758), envisaged a human society based on an exchange value of use—not of capital; human beings live in a state of total co-operation with one another. ‘Swedenborgians’ in the nineteenth century were also enthusiastically involved in the anti-slavery movement, and in the Children Relief Bill.