We are delighted to announce a series of online Neo-Latin classes to be held online from April-July 2020. This series of ten sessions will take place on Zoom, on Thursdays from 2.00-3.00 pm, beginning with Thursday 30 April and ending with Thursday 2 July.

The classes will be led by Dr Lucy Nicholas, a Classics Teaching Fellow at King’s College London. Dr Nicholas gained her BA and MA in Classics at Cambridge University before being awarded a Ph.D. in Classics and Early Modern History in 2014 from King’s College London. The classes will focus on Neo-Latin, the type of Latin used in the early modern period by writers including Swedenborg.

This Neo-Latin course of ten weekly sessions is designed for beginners. It will focus on the rudiments of grammar, vocabulary and syntax. In parallel, it will also give thought to the types of Latin used in the early modern period as opposed to the medieval age. One of the principal aims will be to encourage students to start to read Neo-Latin texts from the fourteenth to the eighteenth century, particularly the writings of Emanuel Swedenborg. A range of texts and styles of Latinity from this period will be introduced and discussed. Students will be sent materials via email, and the classes will be held over the video conferencing software, Zoom.

To register your interest in these classes or ask any questions please email avery@swedenborg.org.uk for more information. 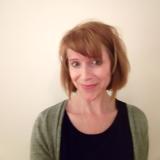