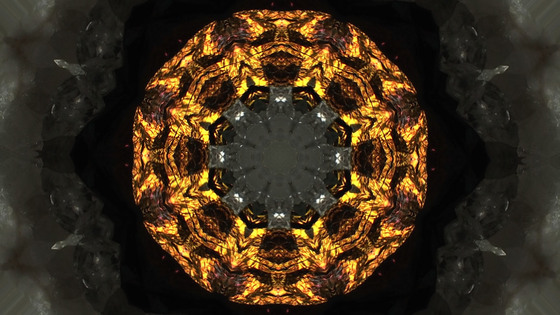 Please note that times are approximate. Drinks will be available throughout the evening, in the bookshop. Programme notes will also be provided. The festival is now fully booked, but places may become available. Latecomers may lost their seats to those who turn up, on time but unannounced, on the night.

Judges Gareth Evans and Jeremy Millar selected the following films for screening in Swedenborg Hall on 30 November 2012. All films were shortlisted for the award, Best Film, which was chosen by the judges and given at the closing of the festival. The film festival was fully booked. Read a review of the Swedenborg Short Film Festival 2012 on the Best For Film website here.

FROM HERE TO ETERNITY
Oliver Pietsch

Oliver was born in 1973 in Munich, Germany. He graduated from the Academy of Arts, Munich in 2003, and now lives and works in Berlin. Oliver has exhibited internationally and is represented by the Nettie Horn gallery in London. www.oliverpietsch.de

Taking literally to heart Laura Mulvey’s observation that film might be a kind of death 24 times a second, this ambitious and often darkly humorous work embodies an unflinching awareness of the moving image’s ability, perhaps because of its own transience, to capture in all its unsettling variety, the moment—and implications—of passing.

WATCH FROM HERE TO ETERNITY IN FULL

Toby was born in 1974 in Reading, England. He studied Fine Art at the University of Brighton and Chelsea College of Art, London, and currently lives and works in Hastings. Toby Tatum’s films have been exhibited at numerous film festivals and arts events worldwide, including screenings at the Rotterdam International Film Festival, the London Short Film Festival and the Berwick Upon Tweed Film & Media Arts Festival.

Born in 1982 in Lebanon, Beirut, Paul studied Mechanical Engineering at the American University of Beirut. He worked and developed his own practice with video and mixed media, and moved to Goteborg, Sweden in 2010 to finish his Masters degree in Fine Arts. Paul has participated in a number of group and solo shows. His works have been shown at the Beirut Art Center, Rotterdam International Film Festival, SPLIT Film Fetival and Rencontres Internationales film festival.

THE HAND IN A PLASTIC BAG
Erica Eyres

Erica was born in Winnipeg, Canada in 1980 and lives and works in Glasgow. Eyres graduated with a MFA from Glasgow School of Art in 2004. She has had solo exhibitions at The Centre for Contemporary Art, Glasgow and the Kunsthaus, Erfurt, with selected group exhibitions including PS1 New York, Plug In ICA Winnipeg, The Akureyri Art Museum, The Collective, Edinburgh, and her work is in international collections including The Rubell Family Collection, Miami and The David Roberts Collection, London.

Bruno was born in Lisbon, Portugal in 1975. He studied photography, cinema and critical art studies and has a Master degree in documentary filmmaking from Goldsmiths College in London. His work as a visual artist, mainly photography and video, has been exhibited internationally. Bruno won the BES Revelation Award in Portugal in 2006 and he was awarded the Gulbenkian Foundation development grant in 2010. He won the Fuso Videoarte Jury Award 2012 for his film Factory. Bruno currently lives and works in London.

Edwin was born in Doncaster in 1977 and currently lives and works in London. He studied Fine Art at Sheffield Hallam University and Animation at the Royal College of Art. His work has been shown in exhibitions and festivals around the world. Edwin works predominantly with animation and comics, using these forms as extensions of the drawing which drives his practice.

+ a special programme of invited screenings (not eligible for Best Film), curated and presented by the judges:

THE WRITING OF STONES (Jeremy Millar)

GARETH EVANS is a curator, editor and writer. He is currently Adjunct Film Curator at the Whitechapel Gallery, London. He edited the international moving image journal Vertigo and co-edits the new cross arts magazine Artesian. He has curated many film and mixed media seasons (Portuguese, Roma and Armenia cinemas, JG Ballard) and he curated the six-week season John Berger: Here Is Where We Meet across London in 2005. Gareth also co-curated and co-ordinated All Power to the Imagination! 1968 and Its Legacies, a two month cross-media and multi-institutional season in London marking the 40th anniversary of the events of 1968. He co-produced the film Patience (After Sebald) (2010), as part of The Re-Enchantment, a three-year commissioning project for artists and their relationship to place, as an award-winner in the newly launched Breakthrough Fund from the Paul Hamlyn Foundation. Further information.

JEREMY MILLAR is an artist living in Whitstable and tutor in art criticism at the Royal College of Art, London. He has exhibited widely in the UK and abroad including Tramway, Glasgow; NGCA, Sunderland; CCA, Vilnius; Rooseum, Malmö; Bloomberg Space, London; and the Metropole Galleries, Folkestone. Following his landmark exhibition The Institute of Cultural Anxiety—Works from the Collection at the ICA, London, in 1994, Millar became Programme Organizer at The Photographers’ Gallery, London, from 1995 until 2000. His books include Confessions (Bookworks, 1996), Airport (edited with Steven Bode, 1997), Speed—Visions of an Accelerated Age (edited with Michiel Schwarz, 1998), Peter Fraser (2002), Place (with Tacita Dean, Thames and Hudson, 2005) and The Way Things Go (Afterall Books, 2007). He also writes for magazines and journals such as to Afterall, Art Monthly, Artforum.com, Blueprint, frieze, Modern Painters, Parkett and Sight and Sound and is a member of the editorial board of Afterall. Further information.

Judges Gareth Evans (film curator) and Jeremy Millar (artist/curator) have created a special programme of films, which will be shown alongside the shortlisted entries on 30 November. These works will not be considered for the Best Film award.

The Writing of Stones | Jeremy Millar

‘This work attempts to have a real effect in the world, acting as a form of spell or incantation which will “mesmerize” the viewer. The work is a form of creation myth, a description, and perhaps even an enacting, of the coming-into-being of living and developing forms.’ — Jeremy Millar / Further information

‘Transforming derelict industrial areas of East London into enigmatic, alien landscapes, photographer Weir has been cultivating a different side of decay for the past few years. Abstracting forms and shapes to create skewed perspectives on abandoned industrial rot, new worlds emerge as light and colour conspire to turn ruin into rapture.’ – Eli Anderson / Further information