THE LIGHT OF THE WORLD, THE CITY, THE SOCIETY ON A HILL: UTOPIANISM AND TOWN PLANNING 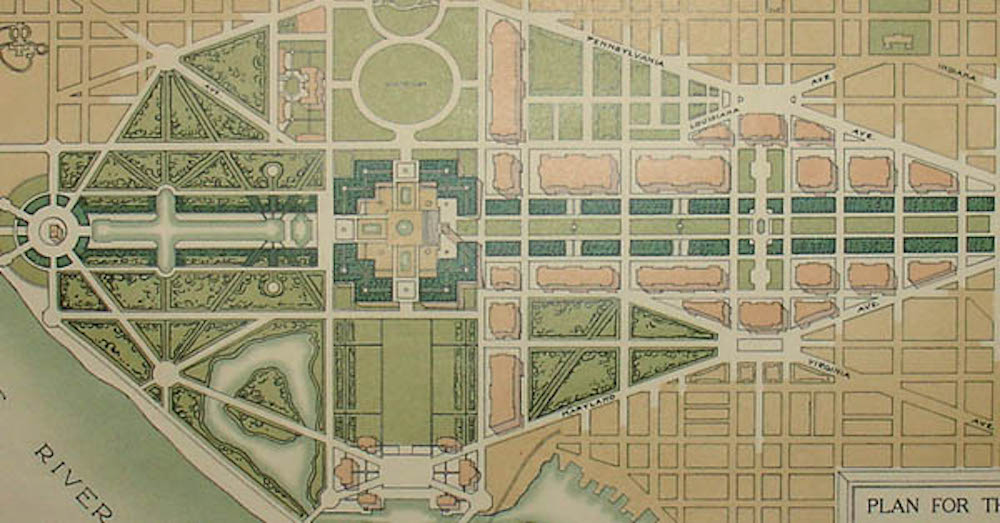 EVENT: THE LIGHT OF THE WORLD, THE CITY, THE SOCIETY ON A HILL: UTOPIANISM AND TOWN PLANNING

Please book your seat in advance by sending an RSVP to admin@swedenborg.org.uk. Priority booking will be given to Swedenborg Society members, so please, state if you are a Society member in the body of your email.

Town planning has always embodied utopian elements, principally as a land-bound attempt to realize a heaven on earth or recover a pre-lapsarian state of human innocence and dwelling through arcadian forms of settlement. This applies to both cities for the living as well as cities for the dead.

The rise of the great Victorian conurbations in Britain shaped a new political class in municipal government dominated by religious nonconformism (particularly Unitarianism) and good works. In turn the late 19th century Arts & Crafts movement helped inspire The City Beautiful movement particularly in America—which in the case of Daniel Burnham’s Plan of Chicago, also had spiritual roots in Swedenborg’s vision of the heavenly city, Burnham being a lifelong Swedenborgian.

At this time, Edward Bellamy’s widely influential utopian novel, Looking Backward (1888), confirmed the design of the perfect city (in this case Boston wholly remade along City Beautiful lines) as the basis for the realization of the utopian dream through the shape and form of city planning and municipalism.

Not everything proceeded smoothly or without disagreement, however. At the beginning of the 20th century, the development of the Garden City movement inspired by Ebenezer Howard’s programme, Garden Cities of Tomorrow (1902) was regarded by some critics as an anti-urban deviation, or false trail. Over time it led unintentionally towards a proliferation of low-density suburbs devoid of amenities on the urban periphery, even though pioneering garden-city settlements at Letchworth and Hampstead proved long-lasting and successful.

Nevertheless, there were elements of the garden-city model which proved far-seeing: the acquisition of land to be held in common trust recouping all increases in land values for the common good, along with its environmental commitment to cheap, efficient public transport networks. These principles are once again proving attractive to those concerned with the design of new settlements, once again emerging as a political and social priority.

Today, neo-liberalism in economic and social policy holds sway, and all suggestions that human happiness might in any way be enhanced, let alone engineered, by visionary town planning, are deeply suspect. Yet few will agree that the quality and configuration of what little new housing has been built in Britain in recent decades has been has proved to be of enduring quality or environmental or social uplift. Land availability and land prices have dictated all matters of design, space standards, and environmental quality. Housing has become a positional economic good than a building block of community or way of dwelling in harmony with the world.

In this lecture Ken Worpole will revisit the utopian history of town planning in the UK, arguing that while we should be alert to the many dangers of pattern-book development or social engineering from above, without some vision of economic, environmental and inter-generational equity in the design of new settlements, the future of housing looks very bleak indeed.

KEN WORPOLE is the author of many books on architecture, landscape, urbanism and social policy. His principal interests concern the planning and design of new landscapes and public institutions, whether parks, playgrounds, libraries, cemeteries, townscape or urban green networks. He is also Emeritus Professor in the Cities Institute, London Metropolitan University and has served on the UK government’s Urban Green Spaces Task Force, on the Expert Panel of the Heritage Lottery Fund, and was an adviser to the Commission for Architecture and the Built Environment.

The Light of the World, the City, the Society on a Hill: Utopianism and Town Planning | Press Release