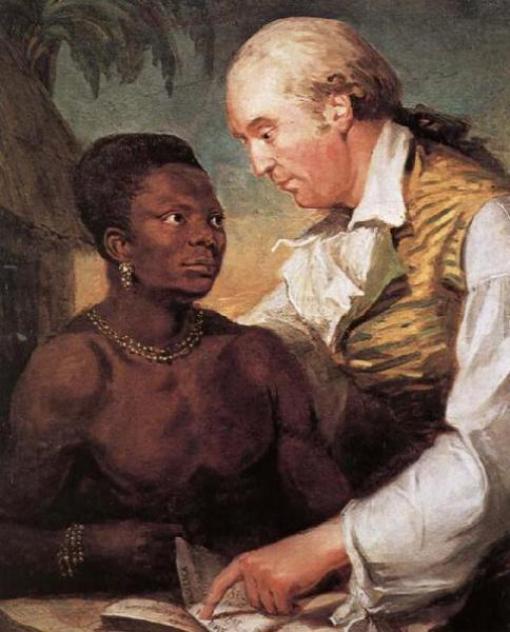 EVENT: THE INTERNATIONAL CARL BERNHARD WADSTRÖM CONFERENCE ON HUMAN RIGHTS AND THE ABOLITION OF SLAVERY

An interdisciplinary and international group of researchers have been invited to speak at the Conference to shed light on Wadström’s achievements and influence in the fields of economy, science, abolitionism, travel writing, African colonial history, Swedenborgianism, philanthropy, utopianism and human rights.

CARL BERNHARD WADSTRÖM (1746-99), was a Swedish economist, writer and Swedenborgian who is today chiefly remembered for his pivotal role in the antislavery movement. In 1787 he was sponsored by the Swedish monarch, Gustaf III, to lead an expedition to west Africa with the intentions of establishing a Swedish colony to trade with Africans on philanthropic principles. It was on this trip, in Guinea, that Wadström witnessed at first hand the full horrors and brutality of the slave trade. He began to work tirelessly for the abolition of slavery, writing two hugely influential works on the matter: Observations on the Slave Trade (1789) and An Essay on Colonization (1794-5), the latter becoming the key text for the economic and humanist arguments against slavery. These books gained Wadström an audience with the British Prime Minister, William Pitt, and brought him into close contact and collaboration with the leading British abolitionists, William Wilberforce, Thomas Clarkson and Granville Sharp. Wadström’s campaigning against the slave trade was in part inspired by his Swedenborgian beliefs, and he was similarly influential in propagating the works of Emanuel Swedenborg, bringing many of his unpublished manuscripts over to Britain for publication and translation, and helping to fund and issue the first Swedenborgian periodical, The New Jerusalem Magazine. Wadström lived in London for a number of years, being baptized into the nascent separatist New Jeruslaem Church in Great Eastcheap on Christmas day 1788. In 1795 Wadström moved to Paris where he was made an honorary citizen and where he established the French abolitionist society, the Réunion des Amis des Noirs et de Colons. He died in Paris on 6 April 1799 from a pulmonary complaint and was given a state funeral complete with honours.

Lectures by
Neil Kent, University of Cambridge: ‘The Trans-Atlantic Slave Trade: How Did it Really Function and How Effective Was its Abolition?’
Mark Florman, Centre for Social Justice, London: ‘Abolition in the 21st Century: Britain and the Modern Slavery Bill’

Robert William Rix, Copenhagen University: ‘Little Black Boys: Africans in the Works of C B Wadström and William Blake’
Klas Rönnbäck, Gothenburg University: ‘Enlightenment, Scientific Exploration and Abolitionism: Anders Sparrman’s and Carl Bernhard Wadström’s Colonial Encounters in Senegal, 1787–1788, and the British Abolitionist Movement’
Hanna Hodacs, University of Warwick, UK, and Uppsala University: ‘Between Local and Universal Utopianism—Adam Afzelius and the Natural History of Freetown in the 1790s’
Jonathan Howard, Stockholm: ‘Swedes and Settlers in West Africa in the 1790s: the Building of a New Society, from an Architect’s Point of View’
7 p.m. Conference Dinner