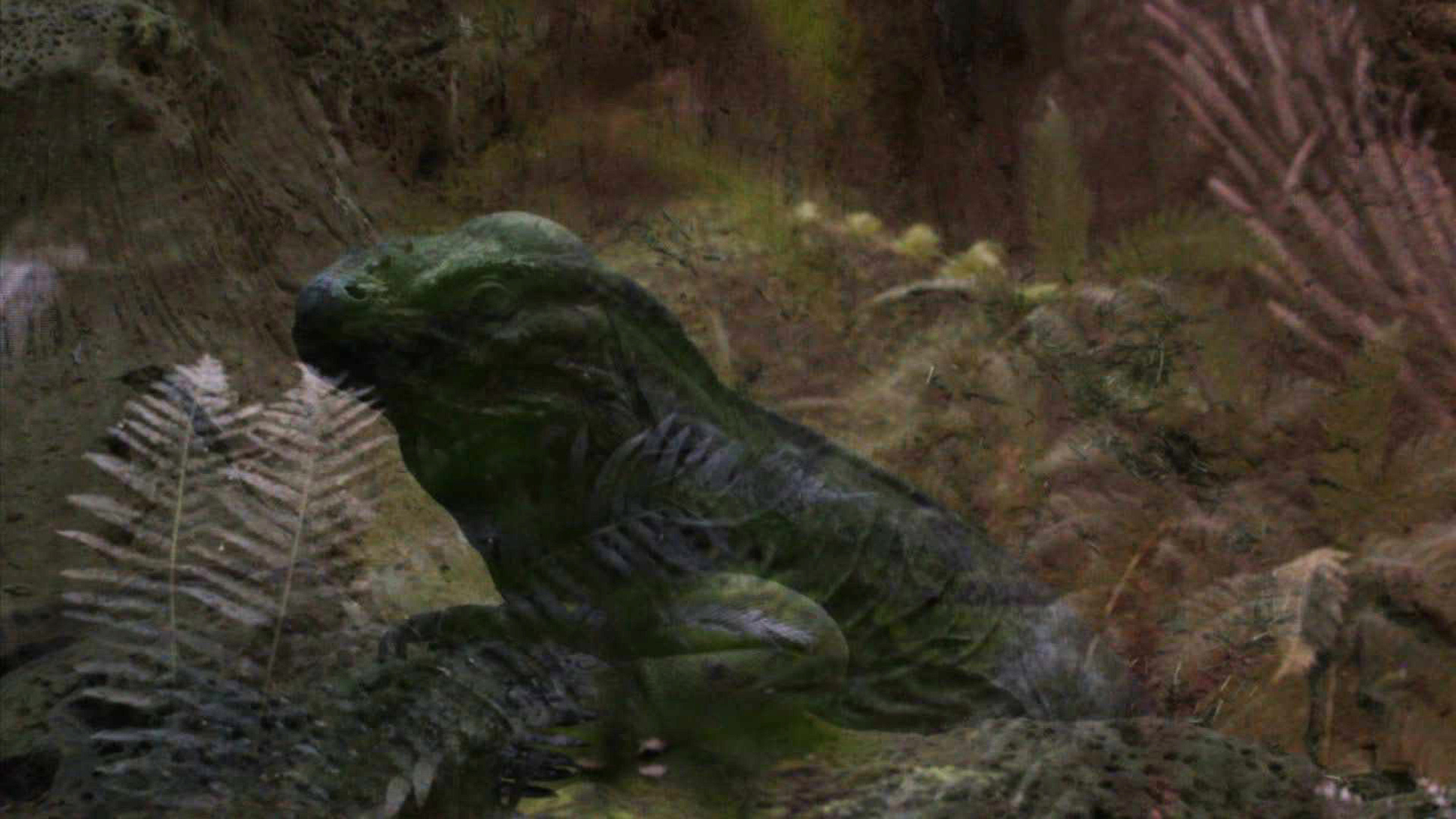 Stay the Same
Sam Firth
6.40: (14 mins)
Stay the Same is an experimental documentary about our relationship with time and the natural environment and the desire to capture and record experience. Recorded almost as a pilgrimage every day for a year at exactly the same time, in exactly the same place, the film-poem documents the desire to clutch and hold each moment in time.

Nature House Inc.
Nick Jordan
7.00: (6 mins 12 secs)
A short film which centres upon the proliferation of birdhouses, erected to attract the purple martin—‘America’s Most Wanted Bird’. This extraordinary abundance of man-made habitats reflects a desire to live in close proximity to nature, in a suburban, small town setting. Over one million North Americans have installed purple martin birdhouses. The migratory birds, which are believed to consume large quantities of insects, are now entirely dependent upon man-made housing during their breeding season.

Small Wonders
Katie Goodwin
7.07: (14 mins 7 secs)
Small Wonders is an abstract narrative film short following British microbiologist Terence Preston’s 50-year journey into discovering how amoebae move at the air/water interface. The film uses as its centrepiece a hypnotic view through the microscope of these single-celled organisms shot on 16mm cine film by Terence in 1972, combined with retro found footage of people interacting with water to make a meditative piece on time and scientific exploration.

Tengri
Alisi Telengut
7.23:(5 mins 34 secs)
Wind burial, influenced by Shamanism, is an old Mongolian tradition. When someone dies the corpse is carried on a cart until a bump causes the body to fall. The place where the corpse lands becomes a simple tomb.

…all that passed
Stuart Pound
7.40: (1 min)
A fragment taken from a well-known science fiction film is prematurely aged to a time when there was no film sound other than a piano accompaniment. Music is by Bela Bartok.

LOSS
David Ferrando Giraut
7. 41:(16 mins 7secs)
LOSS reflects on the processes of image recording—be they psychological or technological. It expresses a feeling of longing for lost realities that are accessible just through images, and for those aspects of lived realities that have been stranded during their transformation into images.

Asya
Mizgin Müjde Arslan
7.57: (9 mins)
Asya, 12 years old, is not allowed to attend school because she needs to care for her siblings. One day she sees a crystal on the floor and she watches life through this crystal throughout the day. Everyone wonders what she is seeing in the crystal.

Kaskaskia
Jacob Cartwright
8.06: (8 mins)
Kaskaskia is a tiny rural community on the banks of the Mississippi, but was once a thriving settlement in French colonial Illinois. Kaskaskia offsets present day footage of the location with history, myth and an amplified mood of American Gothic, combining documentary and fiction to convey a sense of time and place that is both atmospheric and absurd.

Winter Light
Sofia Dahlgren
Installed film/Gardiner room/continuous loop
Winter Light is inspired by late 19th-century Scandinavian landscape paintings. The work refers to the Northern landscape and its reference to mysticism, imagination and dreams. It seeks to capture the specific light that appears in the afternoon just before sunset. The transformation of the landscape between sunset and twilight is often linked to dreaming. The viewer’s gaze is drawn inwards by the light but at the same time held back by the trees.

Babel Fiche
Dave Griffiths
(8.-8.30) 18 mins
INTRODUCED BY MIKE JONESBabel Fiche began as an online call for user-donated video content in which people’s singular and disparate perspectives on Life, the Universe and Everything might offer a patchwork cross-section of contemporary experience. If YouTube is the accepted star-chart of this strange new online cosmos, Babel Fiche is a self-consciously small-scale satellite. Crowd-sourced from a loose and informal social network of followers and friends (and friends of friends), and for a discrete and short-lived period of time, its random sample of the sights and sounds of the here-and-now was preserved, somewhat counter-intuitively, on the retro medium of microfiche. Distilled and compressed onto microfilm, these cryptic thumbnail images went on to inspire their own mini-narrative. Featuring contributions from writers Gaia Holmes and Stefan Skrimshire, a resulting 18-minute video of Babel Fiche imagines this time capsule of found footage from the vantage point of the near-future, where archivists pore over, and labour to piece together, these once-familiar everyday scenes. Embellished by an atmospheric soundtrack by musician Graham Massey, Griffiths’ project reminds us how images of the past are so often lost in translation yet continue to speak to us all the same.

Time to Go
Chiara Ambrosio/Bird Radio
(8.30-9.00) 20 mins 32 secs
INTRODUCED BY CHIARA AMBROSIOTime to Go sees a groundbreaking collaboration between the filmmaker and musician/performer Bird Radio, along with choreographer Nuria Garcia and visual artist Nicholas McArthur. Time to Go is a trilogy of performance films based on three tracks taken from Bird Radio’s debut album The Boy and the Audience (SFE/Cherry Red Records) and the films explore the fertile space where image, music and performance meet to create and animate a coherent universe within the frame. 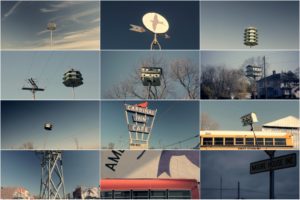 A short film which centres upon the proliferation of bird houses, erected to attract the Purple Martin—’America’s Most Wanted Bird’. The extraordinary abundance of man-made habitats reflects a desire to live in close proximity to nature, in a suburban, small town setting.

Over one million North Americans have installed Purple Martin bird houses. The migratory birds, which are believed to consume large quantities of insects, are now entirely dependent upon man-made housing during their breeding season.