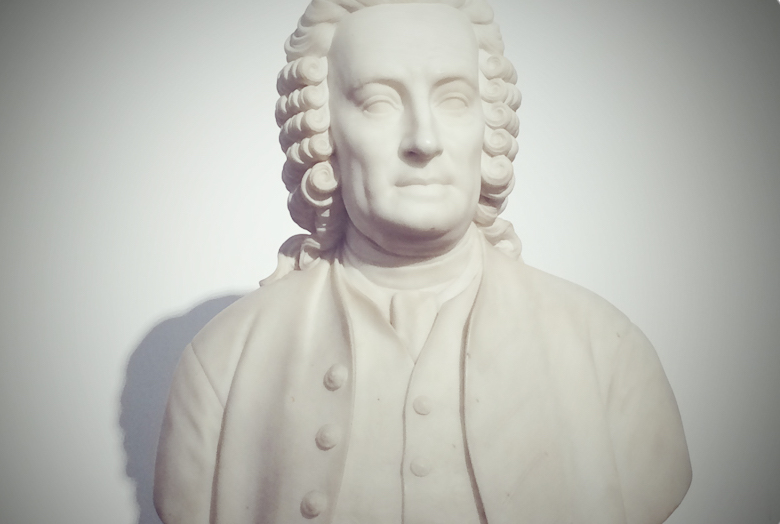 The Swedenborg Birthday Meeting traditionally opens the Swedenborg Society’s annual programme of events and activities—an occasion that ties the Society’s informal and welcoming hospitality to the grandeur of celebrating Swedenborg’s vast cultural legacy.

We are delighted to announce that the birthday meeting will open with a musical recital, shortly to be confirmed! The Swedenborg Birthday meeting this year will feature an illustrated talk by Dr David Lister on ‘The Anantomy of Heaven’ and the launch of the Society’s latest publication Distant Voices: Sketches of a Swedenborgian World View by John S Haller, Jr.

There will also be a musical prelude.

(Please note John Haller will not be in attendance for this launch.)

Refreshments will be served. We look forward to seeing LOTS of you here! Everybody is welcome.

The Anatomy of Heaven

The anatomy of the brain provides the framework for the expression of the spiritual world. This lecture and the following seminars are an exploration as to how the brain forms the basis for a description of heaven.

DAVID LISTER is the current chairman of the Swedenborg Society and a member for the past 23 years. His diverse interests—scientific, spiritual and charitable—reflect those found in Swedenborg’s writings. David was a medical missionary in India and then a surgeon in Denmark, before returning to England to practice as a GP for the latter part of his career. David is the author of The Feeling of What Happens / Smile or Die (no. 8 in the Transactions of the Swedenborg Society series) and Biblical Darwinism.

The Swedenborg Birthday Meeting will also see the official launch for our next publication, the much-anticipated Distant Voices: Sketches of a Swedenborgian World View by John S Haller, Jr.

The legacy of the Enlightenment philosopher, scientist and mystic Emanuel Swedenborg (1688-1772) is vast, but still underappreciated. Swedenborg’s thought permeated nineteenth-century literature, art and social reform movements, and his work was a common influence amongst a disparate array of pioneering scholars, theologians and writers who sought to reveal the congruencies between the Eastern religions of Hinduism and Buddhism, and the prevailing Christian ideology of the West. In Distant Voices: Sketches of a Swedenborgian World View, John Haller goes a long way towards redressing the balance, highlighting Swedenborg’s discreet and dignified presence in the lives and works of some dozen charismatic thinkers whose own impact has been significant and far-reaching (even if they themselves have sometimes drifted out of the public consciousness). In a series of well-crafted chapters and a retrospective, Haller takes us from the mid-nineteenth-century worlds of Henry James, Sr, R W Emerson and Charles Fourier through to the 1960s era of counterculture that D T Suzuki helped shape and saw out his life in. Each chapter can be read as a self-contained essay; together they form a group of biographical and critical appraisals (and reappraisals) linked by their subjects’ use of Swedenborg, their interest in Oriental beliefs and their desire for the betterment of society.

JOHN S HALLER, JR, emeritus professor of history and medical humanities at Southern Illinois University Carbondale, has written on subjects ranging from the history of race and sexuality to medicine, pharmacy and spirituality. His most recent books include The History of American Homeopathy (2009); Swedenborg, Mesmer, and the Mind-Body Complex (2010); and Shadow Medicine (2014). He is former editor of Caduceus.