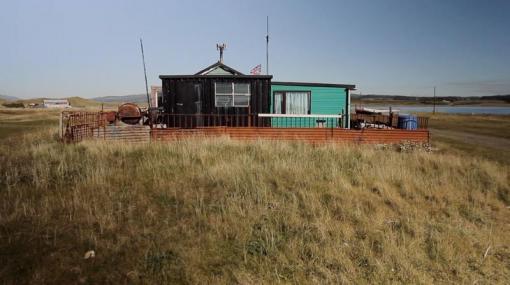 The Swedenborg Birthday Meeting traditionally opens the Swedenborg Society’s annual programme of events and activities—an occasion that marries the Society’s informal and welcoming hospitality to the grandeur of celebrating Swedenborg’s vast cultural legacy.

This will be followed by three 20-minute talks and a panel discussion from our special guest speakers that will look at the influence of Swedenborgian and utopian thought on environmentalism, architecture and town planning.

This is a FREE event, but please reserve a seat via our eventbrite page here

DEVIN ZUBER is assistant professor of American Studies, Religion, and Literature at the Graduate Theological Union, Berkeley. His forthcoming book A Language of Things: Swedenborg and the American Environmental Imagination (University of Virginia Press, 2017) explores the impact of Swedenborgian thought on 19th-century ecological aesthetics. Devin is the editor of a newly revised collection of critical essays on William Blake and Swedenborg (Swedenborg Foundation, forthcoming in 2016), and has published widely on 19th-century American literature.

IAN HUNT is a poet, academic and art critic who is Lecturer in Fine Art, Critical Studies at Goldsmiths University. Ian’s current research is on British sculpture of the 1980s; the architecture of social and council housing; and the work of the performance artist Gary Stevens. His books include Library Relocations (Book Works, 1997) and Green Light (Barque Press, 2006) and his writing has been published extensively in art magazines such as Art Monthly.

KEN WORPOLE has written books on architecture, landscape and contemporary culture, and is Emeritus Professor at London Metropolitan University. Recent publications include Modern Hospice Design (2009), The New English Landscape (with photographer Jason Orton, 2013), and Contemporary Library Architecture (2013). The Swedenborg Society published Ken’s New Jerusalem: the good city and the good society in 2015. He is married to photographer Larraine Worpole, with whom he has worked together on projects internationally as well as in Hackney, where they have lived since 1969.

JACOB CARTWRIGHT & NICK JORDAN’s collaborative and cross-disciplinary practice looks at the relationship between the natural world and our multifaceted cultural histories. They published Alien Invaders with Book Works in 2006 and their films include The Audubon Trilogy (2010); Heaven, Hell and Other Places (2010), a documentary on Emanuel Swedenborg; and Between Two Rivers (2012). They have undertaken residences and commissions from institutions and organizations such as Forma, Book Works, ICA, The University of Manchester, The Swedenborg Society, Cornerhouse, Manchester Museum, and Headlands Center for the Arts, USA.