Spectres of the Imagination: Leibniz and the Idols of the Newtonian Tribe

EVENT: Spectres of the Imagination: Leibniz and the Idols of the Newtonian Tribe

In their bitter exchange of views about metaphysics, theology and natural theology, Newton and Leibniz repeatedly asserted that the other’s philosophy was concocted from figments of their imaginations. In particular, Leibniz’s assertion that Newton’s doctrines were dangerous ‘idols of the tribe’ that were returning natural philosophy to the Kingdom of Darkness was bound up with his view that these beliefs lay at the heart of a philosophical cult.  Leibniz’s attack on the seductive delusions of Newtonianism, in other words, extended beyond a critique of concepts like ‘attraction’ and Absolute Space, to encompass its entire pedagogical and institutional apparatus. In this talk I argue that Leibniz’s repeated claim that Newtonianism was built from bad fictions should not be dismissed as playful rhetoric, but were part of a sophisticated and serious critique of its psychological pathology and false authority. 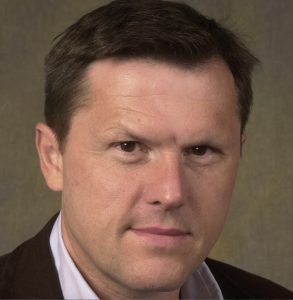 Rob Iliffe is Professor of History of Science at the University of Oxford. He has published widely on early modern science, especially on the life and work of Isaac Newton and on relations between science and religion. His groundbreaking book on Isaac Newton, entitled Priest of Nature: The Religious Worlds of Isaac Newton, has been described as a ‘remarkable work of painstaking scholarship, engagingly written, and packed with new insights into the man and his milieu’.

Praise for Priest of Nature: The Religious Worlds of Isaac Newton 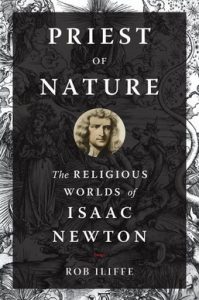 “Iliffe’s outstanding contribution to our knowledge of Newton will be of considerable relevance not only to historians of science and religion, but also to anyone interested in the important topics that were debated in the late seventeenth-century Europe”. ― William R. Shea, Fides et Historia

“Groundbreaking study… Scholars have long known that Newton combined his work in mathematics, astronomy and physics with a passionate interest in theology. Few have explained the connections more convincingly than Iliffe”. ― Tony Barber, Financial Times

“This book is an enormous contribution to the Newton literature and the history of science in general”. ― Matthew Stanley, Science

THE EVENT IS FREE BUT ADVANCE BOOKING IS ESSENTIAL