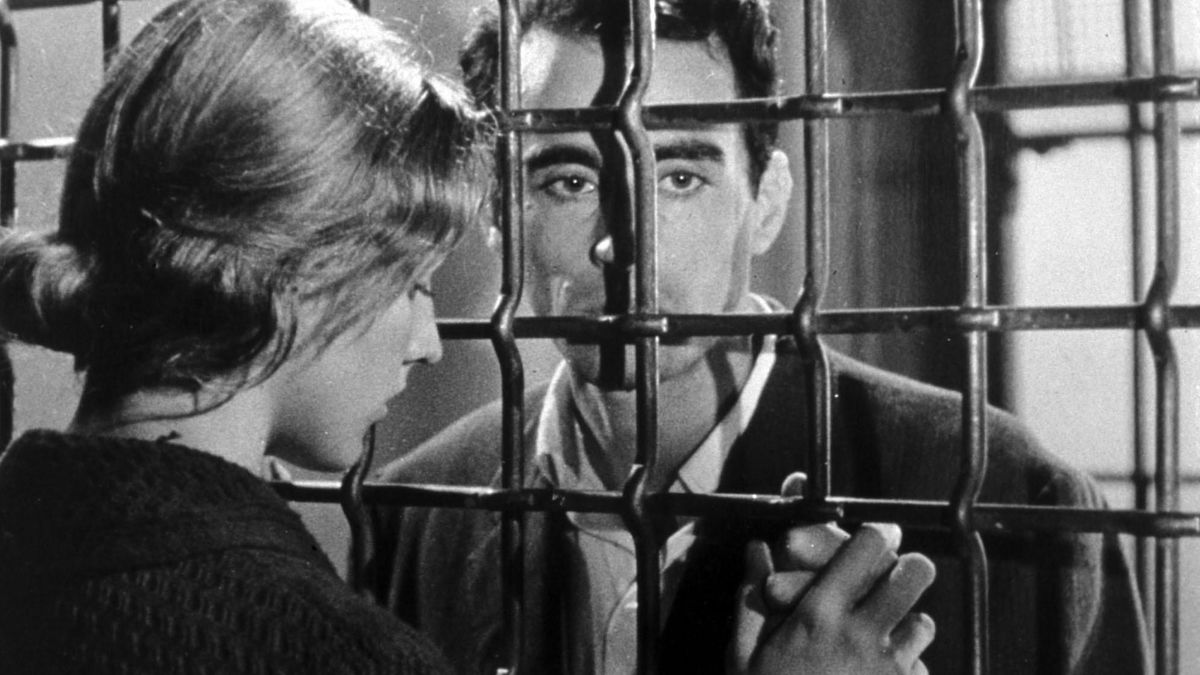 Pickpocket was Bresson’s fourth feature-length film, and directed in the manner of ‘parametric narration’, in which style and tone are equal to plot and character. With echoes of Dostoevsky’s Crime and Punishment, Bresson recounts the tale of Michel, a pickpocket, who lives alone in a squalid Parisian room, and his strained and difficult relation with his mother. The act of stealing for Michel becomes both an economic necessity and an act of self-expression. But Michel is caught and is sent to prison; following his release, with the initial intent of finding an honest job, he soon reverts to his old ways. The film has strong ‘Swedenborgian’ undertones in which hell is described as the experience of existential displacement and isolation, often resulting in negative cycles of behaviour. Lives and events in Pickpocket are not explained and part of the film’s enigmatic presence lies is in cutting such material away.

More info on the the Senses of Cinema website

ROBERT BRESSON (1901-91)has often been described as ‘the patron saint of cinematography’, defined by his ascetic style and spiritual narratives. Bresson rejected traditional and modernist concepts of cinema, arguing that film should represent a whole new form of expression—separate from theatre and more akin to painting or poetry. For Bresson, cinematography can provide a dialogue with the infinite; or, in Swedenborg’s terminology, a ‘correspondence’ between immediate reality and transcendent truth. Themes encountered in Bresson’s films include salvation, free will, the grace of God and depth of human sin. These are explored in the simple context of everyday life, an existence which is at once ordinary and extraordinary. Diary of a Country Priest (1951), A Man Escaped (1956) and Pickpocket (1959) represent the birth of Bresson’s trademark austere style, using ‘actor-models’ and divesting the narrative of any unnecessary elements; the audience is left with a startling dialogue, intense, confrontational camera work and a vital use of sound. Bresson’s cinematic technique can be compared to Swedenborg’s literary style—neither author allows for hyperbole.

JEAN COCTEAU said that Bresson was ‘apart in this terrible trade’, a director who rejected the conventions of his day to pursue a personal vision. Like Swedenborg, Bresson was a true radical, whose work would have a definitive impact on future generations of artists. We highly recommended  that you take this opportunity to witness these exceptional and fascinating films, in the inimitable atmosphere of Swedenborg Hall