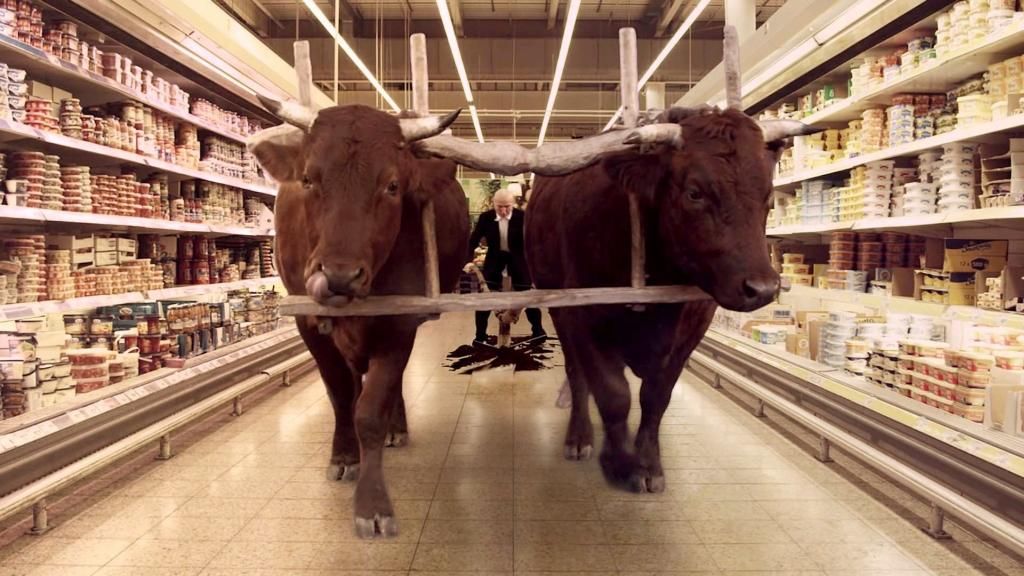 Lech Majewski is a multi-award winning filmmaker, the subject of a retrospective at MOMA New York and one of the most engaged artists of our times. Majewski’s astonishing feature film series The Garden of Earthly Delights (2006), The Mill and the Cross (2011) and Field of Dogs (2014) brings to startling cinematic life the works of Bosch, Brueghel and Dante respectively, creating allusive, associative and profoundly immersive encounters with works of undisputed genius.

Working internationally, Majewski builds his visions in his paintings, films, installations, novels, theatre and opera stagings. He studied at Krakow Academy of Fine Arts and graduated from the National Film School in Łódź, Poland. As well as Triptych, his film credits include: The Knight, Prisoner of Rio, Gospel According to Harry, The Roe’s Room, Basquiat, Wojaczek, Angelus and Glass Lips, Presented in festivals at Toronto, New York, Rio de Janeiro, Jerusalem, Moscow, Berlin, Venice and Cannes, his films received numerous prizes.

His video, film and art works have been shown in a variety of galleries and museums, including: Museo des Belles Artes, Buenos Aires; Image Forum, Tokyo; The National Gallery, London; The Prado, Madrid; Art Institute of Chicago; The Louvre and at the Venice Biennale.

The Museum of Modern Art in New York honoured him with an individual retrospective entitled ‘Lech Majewski: Conjuring the Moving Image’. His installation Blood of a Poet/Glass Lips took part in the 52nd Venice Biennale and his Retrospective that originated at MoMA travelled to the museums around the world. His latest video art cycle Bruegel Suite premiered at the Louvre and was exhibited at the 54th Venice Biennale. (Find more on www.lechmajewski.com).

Here is a film before which words fall silent. The Mill and the Cross contains little dialogue, and that simple enough. It enters into the world of a painting, and the man who painted it. If you see no more than the opening shots, you will never forget them. It opens on a famous painting, and within the painting, a few figures move and walk. We will meet some of those people in more detail. The painting is The Way to Calvary (1564), by the Flemish master Pieter Bruegel the Elder. We might easily miss the figure of Christ among the 500 in the vast landscape … The film is an extraordinary mixture of live action, special effects, green screen work and even an actual copy of the painting itself (by Majewski himself). The compositions are painterly, the colors Bruegelian. Only three characters are named: Bruegel (Rutger Hauer); his patron Nicholas Jonghelinck (Michael York) and his mother, Mary (Charlotte Rampling), who was Bruegel’s model for the Virgin Mary at two different ages. (Roger Ebert)

Drawing on Dante’s Divine Comedy, Lech Majewski’s remarkable Field of Dogs is a sumptuously shot filmic exploration of loss and spiritual redemption. The film shimmers in a richly imagistic yet uncertain territory between imagination and reality. It is set in recent history, in 2010, when the Polish people lost their president Lech Kaczynski, along with many others, in a plane crash. This context of national tragedy is mirrored in the personal tragedy of loss being experienced by a former professor, who enters into a dark and hallucinatory journey, ultimately toward a rediscovery of light and meaning. Stunningly rendered visual set-pieces punctuate the film, at times referencing the great paintings upon which Majewski so often draws. His father ploughs up the floor of a supermarket with oxen, people in evening dress stand still in a lit wood at night, in a liminal vision of purgatory. Great sheets of water flood through a cathedral. Majewski is not afraid to tackle the big themes of life and death with bold visual ambition and deep commitment, bringing to film not only his own sense of humanity, but also a very personal rendering of the spirituality of the Polish psyche. (Richard Ashrowan)

The Swedenborg Film Festival is curated by Gareth Evans, writer, presenter, producer (Patience: After Sebald; By Our Selves and Unseen) and Film Curator at the Whitechapel Gallery, London; and Nora Foster, formerly Assistant Curator, The Swedenborg Society and now Communications Co-ordinator, Frieze.

All films are to be screened at the Swedenborg Society’s grade II listed neoclassical hall.