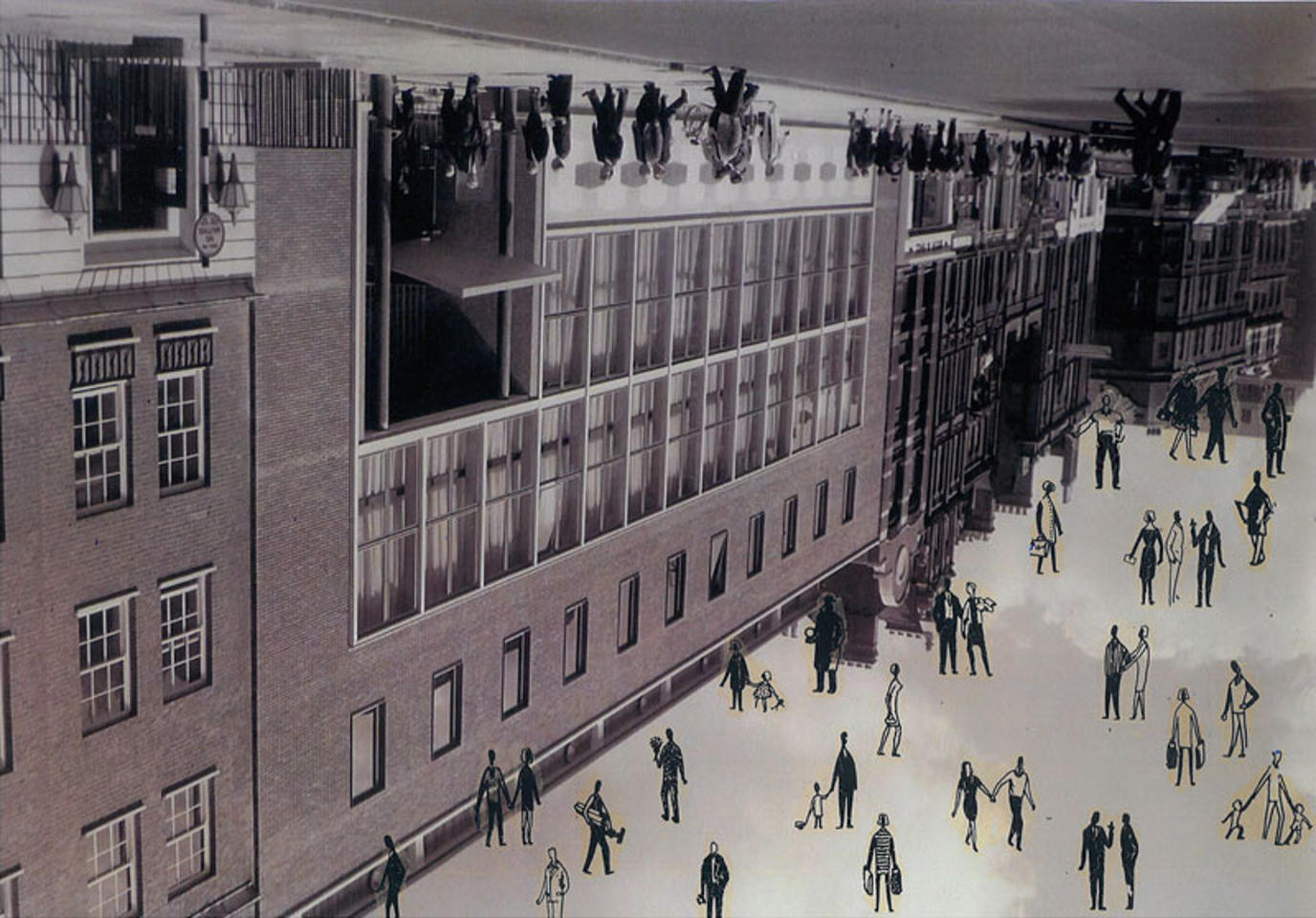 in collaboration with Artangel

A series of special events in connection with José Damasceno’s new site-specific work Plot at Holborn Library taking place at Swedenborg Hall on Monday nights through October and November 2014.

Manual: Choreography and the Everyday

Artist José Damasceno will be in conversation with acclaimed academic and curator, Professor Dawn Ades. Join us to hear how his Artangel project, Plot, is woven with threads of thought from the Surrealist imagination.

JOSÉ DAMASCENO is an artist whose work across sculpture, installation, drawing and collage is characterized by an enormous generosity of humour and play. Born in Rio de Janeiro in 1968, where he continues to live and work, he represented Brazil at the Venice Biennale in 2007 and is today considered one of the foremost artists of his generation. International exhibitions of his work include those at the Centro Cultural São Paulo (2012), Museo Reina Sofía, Madrid (2008) and Museum of Contemporary Art, Chicago (2004). Artangel is pleased to present Damasceno’s first major exhibition in the UK: Plot at Holborn Library.

DAWN ADES is Professor of Art History and Theory at the University of Essex, a Fellow of the British Academy and Professor of the History of Art at the Royal Academy. She has been responsible for some of the most significant exhibitions over the last thirty years, from the groundbreaking Dada and Surrealism Reviewed at the Hayward Gallery in 1978 to the critical success of Hannah Höch at the Whitechapel Gallery in 2014. She was awarded a CBE in 2013 for her services to art history.

Architect David Kohn will respond to the spatial play of José Damasceno’s sculptural intervention into the modernist fabric of Holborn Library.

DAVID KOHN is an architect whose London-based practice has earned RIBA, World Interior of the Year, and D&AD awards, among others. He studied architecture at the University of Cambridge and at Columbia University, New York. He has been a diploma tutor at the Sir John Cass Faculty of Art, Architecture and Design since 2003 and is currently a Visiting Professor at KU Leuven. David established DKA in 2007 and was made ‘Young Architect of the Year’ in 2009.

Manual: Choreography and the Everyday

Manual (2013), a live work choreographed by Siobhan Davies and dance artist Helka Kaski, will be followed by a discussion with neurophysiologist Jonathan Cole about the extraordinary complexity of our everyday actions, inviting comparison to the power of visual artists to interrupt our habitual behaviour.Manual draws attention to simple movements, meticulously dismantling their timing and order to encourage us to notice how we orchestrate actions.

SIOBHAN DAVIES CBE is a choreographer who rose to prominence in the 1980s and increasingly works outside traditional dance venues, enabling radical exchanges between different art forms. In 1988 Davies founded Siobhan Davies Dance, which has evolved over the years from a touring dance company into an investigative contemporary arts organization based in the RIBA award-winning Siobhan Davies Studios in Elephant & Castle.

HELKA KASKI is a dance artist who moved to London from Finland in 2005 to study at Trinity Laban Conservatoire of Music and Dance. She has collaborated with a range of dance makers including Theo Clinkard, Nicola Conibere and Florence Peake. Her performance is continuously influenced by those she works with, as well as by her personal practice in thinking and movement on change, the now and stillness.

JONATHAN COLE is Consultant in Clinical Neurophysiology, Poole Hospital, and at Salisbury Hospital (with its Spinal Centre), a Professor at Bournemouth University and a visiting Lecturer, Southampton University. He has also published several books on the experience of living with neurological impairment, including one on loss of movement and position sense.

Philosopher and film theorist John Ó Maoilearca will consider the philosophical allusions in José Damasceno’s exploration of scale and perception.

JOHN Ó MAOILEARCA is Professor of Film and Television Studies at Kingston University, London. He has also taught philosophy and film theory at the University of Sunderland, England and the University of Dundee, Scotland. He has published ten books, including (as author) Bergson and Philosophy (2000), Post-Continental Philosophy: An Outline (2006), Philosophy and the Moving Image: Refractions of Reality (2010), and (as editor) Laruelle and Non-Philosophy (2012) and The Bloomsbury Companion to Continental Philosophy (2013). He is currently completing a book entitled, All Thoughts Are Equal: Laruelle and Nonhuman Thought. In 2014 his name reverted from the English ‘Mullarkey’ to the original Irish, ‘Ó Maoilearca’, which ultimately translates as ‘follower of the animal’.