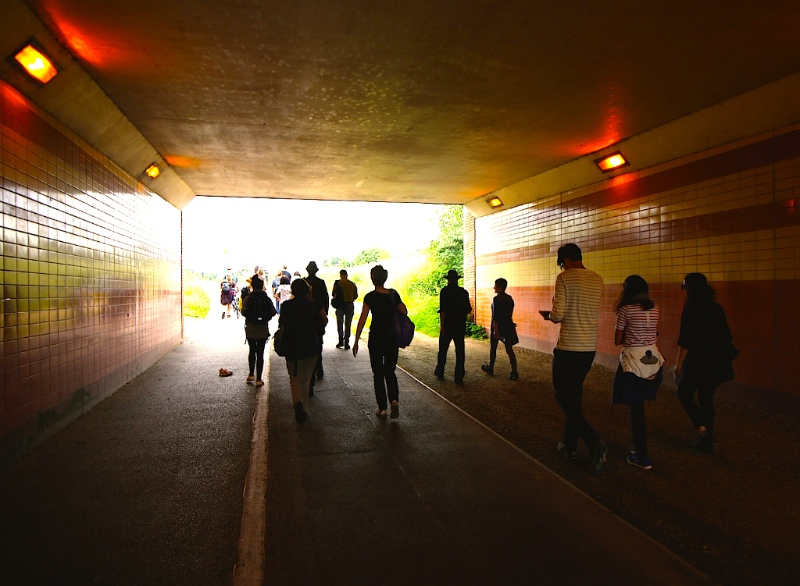 Inspiral London’s explorations into other spaces

This stimulating evening of short talks introduces the public to the Inspiral London trail, the theme of deep topography, and to the other pleasures of walking. Invited speakers will investigate the role of artistic mapping, walking art, urban exploration and the imaginal in re-figuring space within large urban and semi-urban Metropolitan landscapes.

Introducing the topographic themes, James Wilson will talk briefly about Emanuel Swedenborg’s practices of walking. Followed by William Rowlandson’s introduction to walking and the imaginal, a talk that draws from research in his recent book Imaginal Landscapes (2015).

During 2004-05 writer Ken Worpole and photographer Jason Orton walked the 350 mile coastline of Essex from Tower Bridge to Manningtree. In ‘Against Oblivion’ Ken will reflect on how the landscape embodies social memory, and why we must resist the continuing pressure to erase the past and start anew.

From France, speakers including Baptiste Lanaspeze, director WildProjects, alongside artist and producer Julie de Muer, presenting topographic and other challenges faced in the creation of the walking trail GR2013, through Marseille Provence region. Paul-Hervé Lavessière will talk about the birth of another Metropolitan Trail – ‘La Révolution de Paris’. This project was launched in January 2014 in the Pavillon de l’Arsenal as a travel narrative looping around the city centre of Paris (Wildproject, 2014). Dr Anne Robinson will then reflect on Over Time: an art project she curated in 2014 where eleven artists were stranded on the Thames foreshore with no temporal markers, save their embodied, perceptual selves; responding to the tidal topography through experimental practice. Finally the director of counterproductions, Charlie Fox, will provide a summary of the projects findings to date and describe the future overall trajectory of Inspiral London 2016/2017.

During the evening there will also be a panel and audience discussion, facilitated by Dr Cecilia Wee (RCA, Visual Communications).

This evening of introductory talks is a satellite event of the Swedenborg Society’s annual programme (Topography and Swedenborg) and is the first public event of the Inspiral London Festival 2016/2017 (September 22-25, 2016)

‘Welcome to the “Grand Route 2013”. The “first urban walking route” is the brainchild of Marseille’s “walking artists”, who conceptualize walking as a form of performance art. They have designed a 360-kilometre course right through open spaces, abandoned factory grounds and deserted commercial zones far removed from the usual tourist stops. The meandering path through the urban wasteland surrounding Marseille numbers among the most imaginative projects of France’s second-largest metropolitan area…’

Baptiste Lanaspeze is a writer and editor, founding Wildproject publishing in 2008. Wildproject specializes publishing projects in ecological thinking, nature writing and place-making. He is the author of Ville Sauvage – Marseille: Essays on Urban Ecology (2012) and produced the walking trail GR2013 Marseille-Provence.

Julie de Muer is a writer, producer and sound artist, based in Marseille, working in the interactions between artistic practices, culture and territories. She directed the cultural radio ‘Radio Grenouille Marseille’, and is a co-founder and active member of the ‘Hotel du Nord’, a cooperative for another tourism. Julie was a lead artist in the creation of the GR2013.

Cecilia Wee is a London-based curator, writer and broadcaster who produces art projects that challenge existing models of audience engagement, particularly in the fields of experimental sound, performance and visual art practices, in the UK and internationally. Currently Lecturer in Visual Communication at the Royal College of Art.

Ken Worpole is the author of many books on architecture, landscape and public policy. He collaborated with photographer Jason Orton on two books exploring the coastal landscape of the Thames Estuary and East Anglia: 350 Miles (2005) & The New English Landscape (2013). His most recent book, New Jerusalem: the good city and the good society, was published by the Swedenborg Society (2015).

William Rowlandson is Senior Lecturer in Hispanic Studies at the University of Kent. He is the author of Imaginal Landscapes: reflections on the mystical visions of Jorge Luis Borges and Emanuel Swedenborg (Swedenborg Society, 2015) and Borges, Swedenborg and Mysticism (Peter Lang, 2013). For more about William, visit his website https://williamrowlandson.wordpress.com.

Charlie Fox is director of interdisciplinary art platform counterproductions, facilitating collaborative projects that generate new artistic culture, through experimental performance, engaged and visual art practices; creating work that offers the potential of an art for all. He is currently directing InspiralLondon (2015-2017) and working on ideas for an Interdependent School of Art & Humanity.

Anne Robinson’s multi-disciplinary artistic practice is concerned with the perception and politics of time passing, working experimentally with duration, frame, exposure, paint surface, sound and movement. She holds a practice-led PhD on temporality and painting. Recent work includes Thrashing in the Static, shown in Deptford X, Folkestone and Singapore. Anne is curatorial projects include: Supernormal (2013-2016), One More Time (2011), and Over Time (2014)

James Wilson works as an editor and librarian at the Swedenborg Society. He is the author of Three Bridges (Neverland Publishing, 2014), a novel about chance encounters upon London’s historic bridges; and the essay collection Images of the Afterlife in Cinema (2011).

For more information on project and to find out about Inspiral London Festival visit their website.