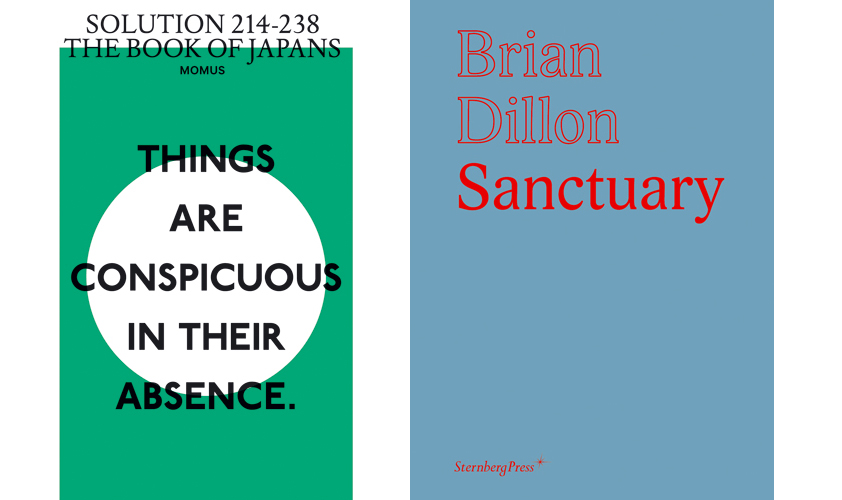 Sanctuary is a fiction set in the ruins of a Modernist building on the outskirts of a city in Northern Europe. The structure, a Catholic seminary built in the 1960s and abandoned twenty years later, embodies the failure of certain ambitions: architectural, civic, and spiritual. But it is the site too of a more recent disappearance. A young artist, intent on exploring the complex and its history, has gone missing among the wreckage. Months later his lover visits the place, unsure what she is looking for, and finds herself drawn into the strange nexus of energies and memories that persist there. Sanctuary is a story about what survives—of bodies, ideas, objects and the artistic or literary forms that might describe them—in the wake of catastrophe. Invoking key works of the last century—the fiction of Samuel Beckett and Alain Robbe-Grillet, the art of Robert Smithson, the films of Alfred Hitchcock, Chris Marker and Andrei Tarkovsky—it maps a small but resonant portion of the ruins of the recent past.

Brian Dillon was born in Dublin in 1969. He is the UK editor of Cabinet magazine and AHRC Research Fellow in the Creative and Performing Arts at the University of Kent. He is the author of Tormented Hope: Nine Hypochondriac Lives (Penguin, 2009) and a memoir, In the Dark Room (Penguin, 2005). His writing appears regularly in such publications as frieze, Artforum, the Guardian, the London Review of Books, and the Wire. He lives in Canterbury.

Momus | The Book of Japans

Following the success of The Book of Scotlands (shortlisted for the Scottish Arts Council’s First Book prize), Momus has been commissioned to write another book as part of Ingo Niermann’s Solution Series. Solution Japan, or The Book of Japans, makes a case for the rehabilitation of the idea of the ‘far’. We live in a time when difference and distance have been eroded and eradicated by globalization, the Internet, and cheap jet travel. The Book of Japans restores a sense of wonder—along with a plethora of imagination-triggering inaccuracies—by taking the reader on a trip not just through space but also time.

Momus, b. 1960 in Paisley, Scotland, is the pseudonym of musician, artist and writer Nick Currie. He has released twenty albums of pop music on independent labels including 4 AD, Creative and Cherry Red. Brought up in Edinburgh, Currie lived in cities like Athens and Montréal as a child thanks to his father’s work as an academic. Since graduating from Aberdeen University with a first in literature in the mid-1980s, Momus has spent thirteen years in London, two in Paris, two in New York, and one in Tokyo. Since 2003 he has lived in Berlin. He writes regularly about art, design and culture for The New York Times, ID, Frieze, Spike and 032c.

Limited capacity. Advance booking is highly recommended via nora@swedenborg.org.uk or (020) 7405 7986.