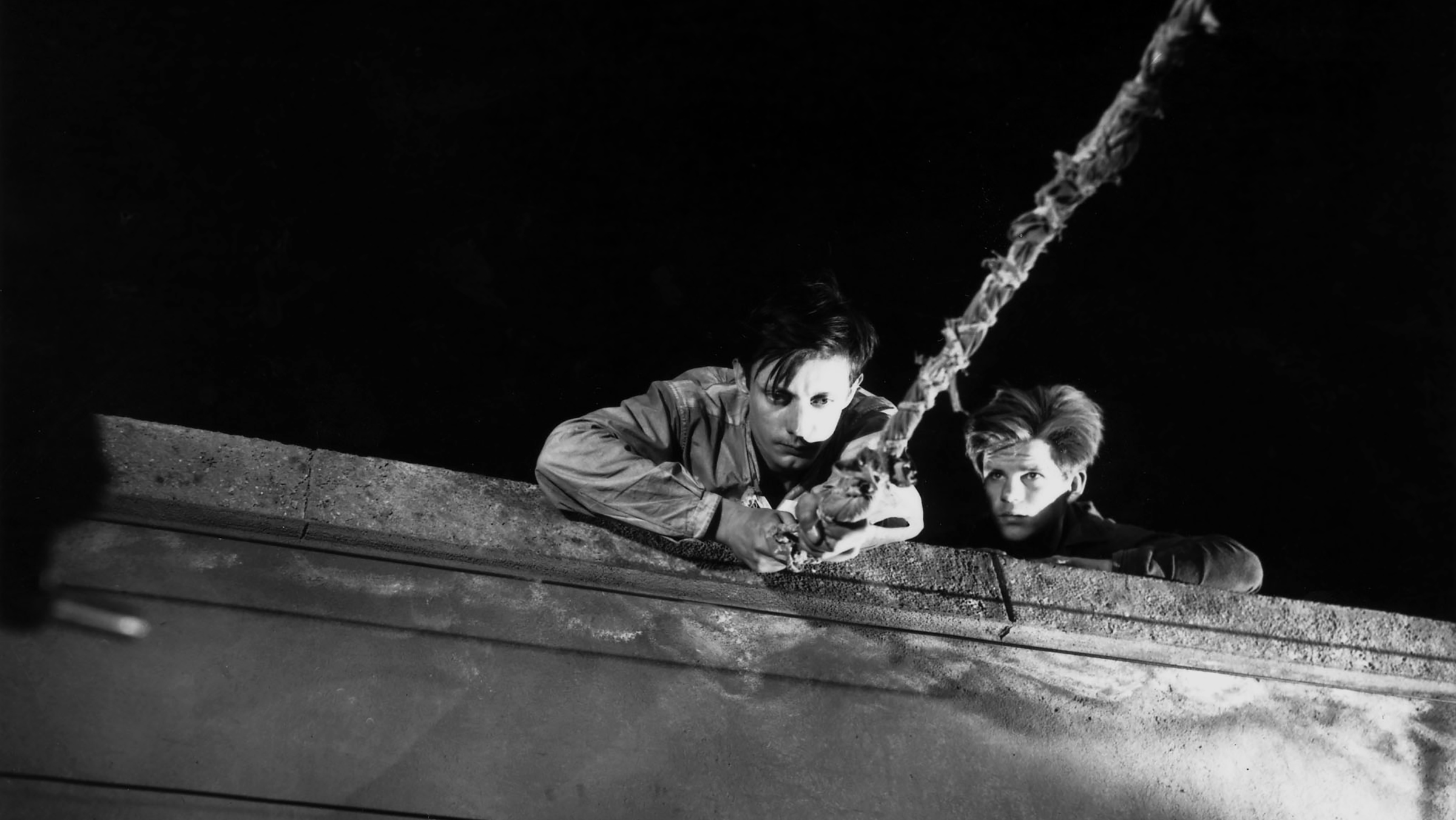 A Man Escaped (or The Wind Bloweth where it Listeth) was Bresson’s most commercially successful film and won him the award for Best Director at the Cannes Film Festival. Informed by Bresson’s own experiences as a prisoner of war, it is also the true story of André Devigny, a French Resistance fighter who escaped Nazi imprisonment having been sentenced to death. The narrative follows Devigny’s meticulous plans for escape; his reasoning with fellow prisoners who lack his courage or his vision; his temporary setbacks and the good fortune, which would eventually secure his flight from imprisonment. A gripping thriller in Bresson’s trademark stripped-back style, A Man Escaped can be read as a parable on the mystery of salvation. The protagonist has been sentenced to death—condemned—but by his own efforts, the help of others and the grace of God (or chance) he attains salvation. Despite the film’s ending being contained in its title, nothing seems certain until the finale, when, to the sound of Mozart’s Mass in C Minor, the film and its protagonist transcend to a different plane.

ROBERT BRESSON (1901-91) has often been described as ‘the patron saint of cinematography’, defined by his ascetic style and spiritual narratives. Bresson rejected traditional and modernist concepts of cinema, arguing that film should represent a whole new form of expression—separate from theatre and more akin to painting or poetry. For Bresson, cinematography can provide a dialogue with the infinite; or, in Swedenborg’s terminology, a ‘correspondence’ between immediate reality and transcendent truth. Themes encountered in Bresson’s films include salvation, free will, the grace of God and depth of human sin. These are explored in the simple context of everyday life, an existence which is at once ordinary and extraordinary. Diary of a Country Priest (1951), A Man Escaped (1956) and Pickpocket (1959) represent the birth of Bresson’s trademark austere style, using ‘actor-models’ and divesting the narrative of any unnecessary elements; the audience is left with a startling dialogue, intense, confrontational camera work and a vital use of sound. Bresson’s cinematic technique can be compared to Swedenborg’s literary style—neither author allows for hyperbole.

JEAN COCTEAU said that Bresson was ‘apart in this terrible trade’, a director who rejected the conventions of his day to pursue a personal vision. Like Swedenborg, Bresson was a true radical, whose work would have a definitive impact on future generations of artists. We highly recommended  that you take this opportunity to witness these exceptional and fascinating films, in the inimitable atmosphere of Swedenborg Hall.