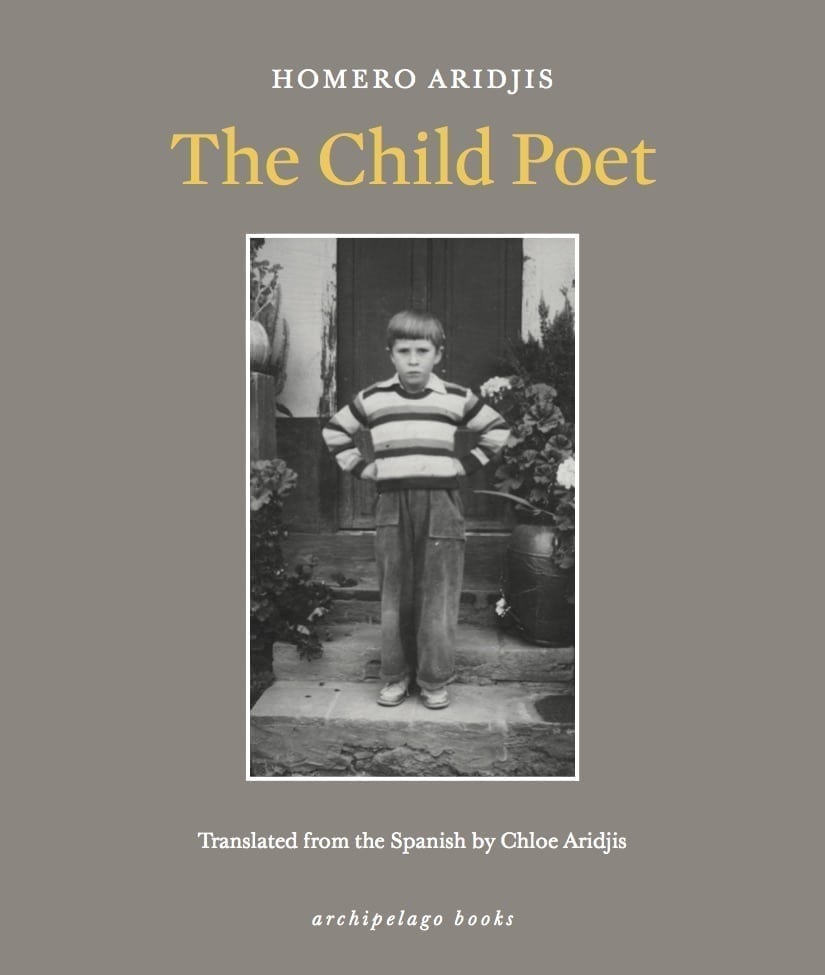 The launch of the latest publication of the Swedenborg Society’s President Homero Aridjis. The Child Poet is translated by Chloe Aridjis and the event is organized in conjunction with Archipelago Books and the Embassy of Mexico. Award-winning author and translator Daniel Hahn will moderate. Food and wine will be served.

The Child Poet is an evocative memoir of a child’s dreams, in a stunning translation by the author’s daughter.

A celebration of the poet’s life before 1951. Imminent fatherhood helped revive memories that had, for two decades, lain dormant. This work, narrated in a succession of interconnected vignettes, provides a portrait of Homero Aridjis in his pre-poet years. A child at a time when sights and sensations were still delivered at their purest, when each day brought new perceptions of his mother and his father, when every villager in Contepec formed part of a personal mythology. It was a time when shadows were palpable and light had a sound of its own.

HOMERO ARIDJIS is the author of over 40 works and is widely regarded as Mexico’s greatest living poet. His work has been translated into numerous languages and he has received critical praise from artists and writers such as Luis Buñuel, Yves Bonnefoy, Octavio Paz and Jorge Luis Borges. He has twice served as President of PEN International, and is a former Mexican ambassador to UNESCO. In 1985 he founded the Group of 100, an environmental association of prominent artists and intellectuals that has included Leonora Carrington, Juan Rulfo and Gabriel Garcia Marquez. Since then he has become one of Latin America’s leading environmental activists. Homero has been the recipient of many distinctions and prizes, including the Xavier Villaurrutia Prize, the Grinzane Cavour Prize, the Prix Roger Caillois, the Golden Key of Smederevo and the Premio Internazionale di Poesia Camaiore. He has twice been awarded a Guggenheim Fellowship and is the President of the Swedenborg Society.

CHLOE ARIDJIS is a London-based Mexican novelist and writer. Her 2009 novel Book of Clouds was published in eight countries, and won the French Prix du Premier Roman Étranger. She is the eldest daughter of Mexican poet and diplomat Homero Aridjis and American Betty F. de Aridjis, an environmental activist and translator. Aridjis was awarded a Guggenheim Fellowship in 2014.

DANIEL HAHN is a writer, editor and translator who is currently chair of the Society of Authors. He has formerly been chair of the Translators Association and national programme director of the British Centre for Literary Translation.